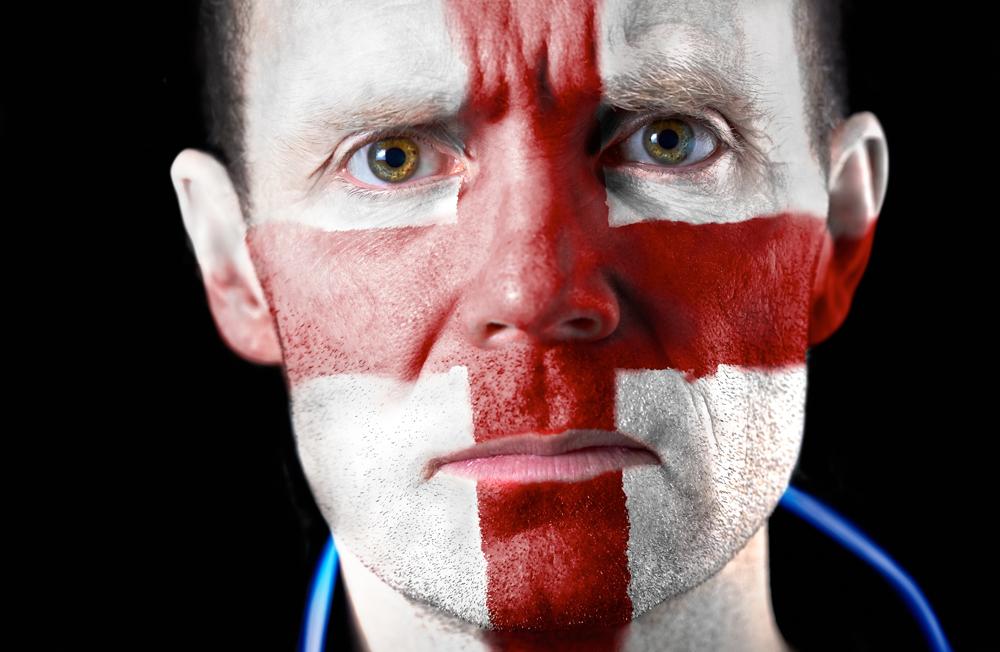 Most of the offensive tweets were sent not long after England’s defeat by Italy on penalties in the Euro 2020 final, but mystery surrounds the hackers’ choice of victims.

Many of those victims didn’t realise they had been targeted by the evil racist hackers until they sobered up and noted that the Tweets had provoked widespread revulsion, that they were suspended from their jobs and that they were being warned by the police of possible prosecution.

Without exception, the people whose pages have been hijacked are not celebrities or other important people with large numbers of followers.

Typical among the distressed victims is Mr Dave ‘Dazza’ Armitage from Harlow, who has 22 followers and whose Twitter image shows him in St George Cross face paint and a teeshirt bearing an image of the white cliffs of Dover emblazoned with the words: “Go away, we’re full.”

At 11.37pm on the evening of the match, a Tweet appeared on his feed saying vile, criminally racist things about the England players who missed their penalties.

Another England fan, Mr Gavin Maudsley from Solihull, whose 11 followers are greeted by a Twitter image showing his face partially morphed into that of a snarling bulldog, insists he was the inadvertent host of a filthy message to the effect that people of races other than Anglo Saxon were inferior.