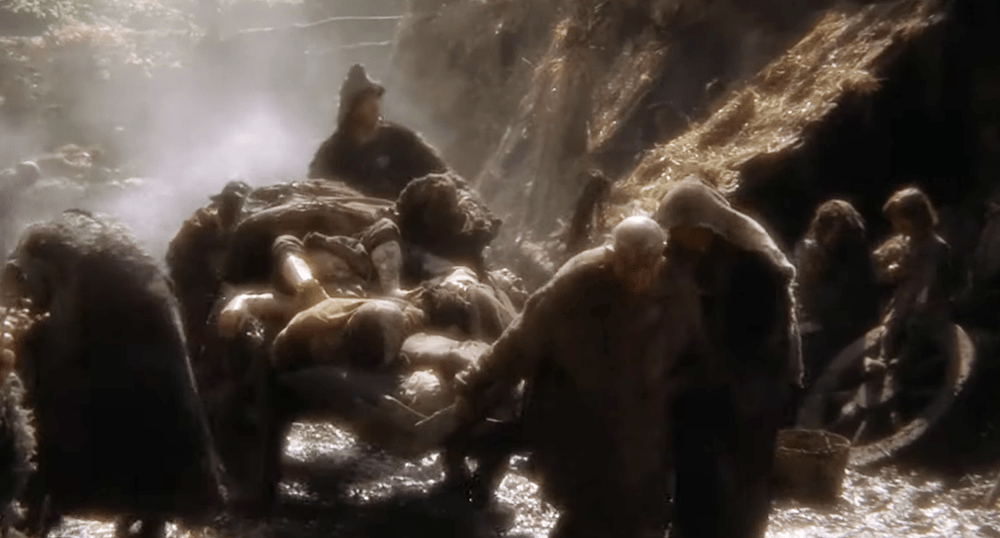 Monty Python have offered to bring back their medieval-era body collection services to help clear Boris’ impending backlog of plague corpses, following the Prime Minister’s proud announcement yesterday that he would happily let them ‘pile high in the streets’ rather than have another lockdown.

The Python team jumped into action at once, digging out their old filthy costumes, corpse cart, and ominously tolling bell of doom last seen in 1975’s historical epic Monty Python and the Holy Grail.

A spokespython said: “Like anyone else we want to help where we can in this pandemic, so when we heard that the UK Prime Minister was going to let a load of bodies pile high in the street – well, we thought we’d best help out. Summer’s coming soon and those bodies are going to get very smelly if they’re just left there.

“Luckily, most Brits are already familiar with the process from the film –we’ll roam through the filthy streets of Britain, gloomily ringing our bell and yelling out ‘BRING OUT YER DEAD’, so people can bring out their dead to us. We’ll take any corpse away for ninepence.

“And in anticipation of being asked - any corpses that are *almost* dead can occasionally be accepted, though try not to take the piss with this too much, as it really is against regulations”

In response to the news, the newly appointed Minister of Body Collectors, Gavin Williamson, said: “This is an excellent initiative and we applaud the Python team for it. We’ve long promised the UK’s pandemic response will be world beating. For a long time we were healthily in the lead on the body count but now Europe is catching up and India is on the surge, we’ve clearly got a lot of work to do.”