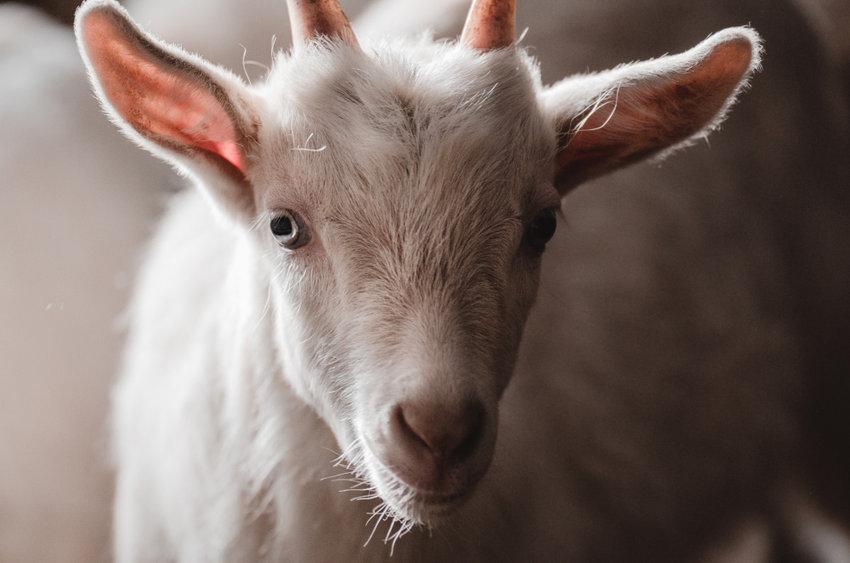 “We’re all fearing for our lives. I mean what if the goat gets us!” yelled one junior civil servant fearfully running down a corridor at Number 10 Downing Street.

This comes after a memo was leaked from the desk of Boris Johnson for all employees to be on the lookout for an escaped goat to take the blame for partygate.

Another civil servant, who is currently hiding under a desk just in case, said: “Apparently this escaped goat could be anywhere or even anyone as I even heard one person saying that it could be disguised as head of the Civil Service Simon Case. We’re all petrified.

“Apparently, the powers that be have really intensified the hunt for this escaped goat with the Sue Gray report coming out. I don’t know when it will be safe to come out from under this desk.”

According to the civil servants the escaped goat caused absolute havoc during the country’s various lockdowns as it rushed around leaving empty bottles of wine everywhere and in some cases putting drinks in the hand of unsuspecting Prime Ministers who happened to be passing.

Another civil servant, who is currently hiding behind a curtain, said: “Everywhere this escaped goat went it left chaos in its wake. I remember waking up in a puddle of urine and vomit in the Cabinet Room one morning with no memory of the night before. That was definitely the goat’s fault.

“There’s a rumour that it escaped from Boris and Carrie’s private apartment as she had chosen a farmyard theme and the goat must have been part of the decorations. I’ve not seen the apartment myself but I’ve sometimes heard other farmyard noises emanating from there including pig squeals and once I heard a horse neighing. So it makes sense that the escaped goat must have come from there.

“There’s another rumour that we’re not actually hunting for an escaped goat but a scapegoat as a get out of jail free card for the PM. The rumour suggests that whoever took down the dictation for the memo just got it wrong.

“But our honourable Prime Minister would never do that as he’s known for his honesty and integrity. Only joking, we know he’s a twat.”