Michael Fabricant's Hair to Return to its Home Planet 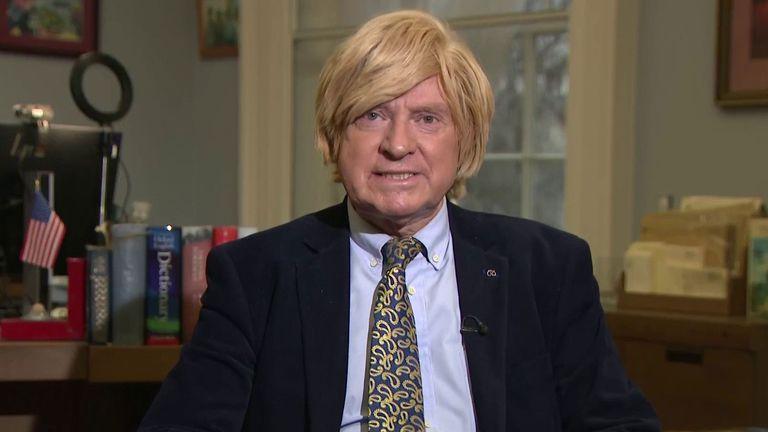 Sources close to Michael Fabricant’s Hair have revealed its days on Earth could soon be at an end, with homesickness taking its toll on the beloved hair-like lifeform.

The extra-terrestrial species, known affectionately as a Splorty, hails from the Orion Delta and has been a fixture on the political scene for years, sitting proudly atop the politician Michael Fabricant’s head like a hot Afghan Hound splaying out on a cool kitchen floor.

Although exact origins of their reciprocal agreement are vague, it’s believed that the pair formed a partnership sometime in the 1980s when the Splorty crash-landed his Sportleship in Mr Fabricant’s back garden.

Suddenly unable to move without assistance, the Splorty abandoned his plans to overtake the world and convinced Mr Fabricant to take them on instead.

Sources say it was a win-win. The Splorty could feed Mr Fabricant’s brain with its benevolent whacky ideas, inappropriate comments and medieval views on women – everything an aspiring young politician needs to rise to the top of the Conservative Party.

And in return, the young Mr Fabricant would receive a dashing new ‘do, one that looked passably humanlike from a distance.

Upon hearing the sad news, a heartbroken Mr Fabricant took time off from insulting teenagers on social media to say these words: “It is with a heavy heart that I accept Mr Splorty’s resignation. For many years I have admired his tenacity, his determination to take over the world, and his ability to look like a scarecrow who’d attempted to smother a grenade.

“I’m proud of everything we have achieved together. After all, very few people in this world could take a look at the sloppy sartorial grooming of Boris Johnson and say ‘I raise you’, but it’s exactly what we did. I wish him well.”

It is unclear what will be next for Mr Fabricant, but we understand a distant satellite known as Plovol-77 - believed to be populated by large Marge-Simpson-style-blue-beehive-shaped creatures - has been contacted.