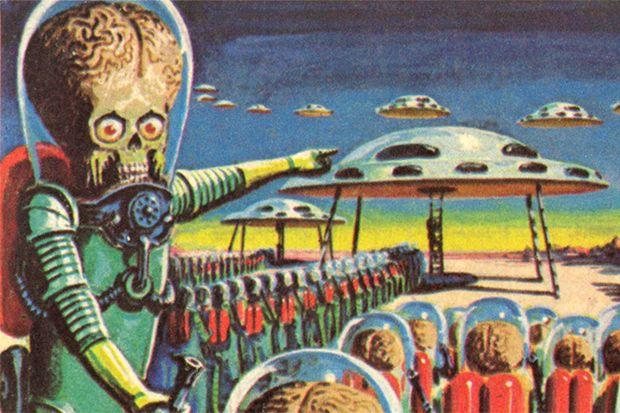 There were blips and glops of approval amongst the tentacled, underground-dwelling octoploids of Mars last night as the Supreme Global Zork announced that they’d soon be rid of some of the most insufferable members of their society.

The Zork spoke at length near the base of Elysium Mont to the gathered masses, who unlike their brave leader, refused to stick their heads above the surface for fear of being eaten by a space eagle.

His Grand Zorkiness began his address with a stark warning: “I have grave news from Earth – it seems that the day we long feared - that they’d stop sending us relatively friendly robots and start sending us smelly, diseased, golf-playing humans will be upon us in just a few short years.”

Gasps of horror echoed around the underground caverns at the news, and the terrified grunts of several thousand martians explunging their Zylospleens could be heard as far away as Arcadia Planita.

“Worse still”, he continued, “these aren’t going to be the considered, studious, NASA types like that little outbreak they had on the Moon a few Glyk-years back who just take a few rocks and leave the place relatively tidy – no, these will be the most overprivileged, overpaid, exploitative, egotistical, richest wankers of all the Earthlings.

“They’ll probably build themselves statues or something when they’re here, and gorge themselves on our delicious underground gold fields.

“My Octoploidians - This is nothing more than a blatant offensive by Earth, flying in the face of millions of Gliods of peace, and so – reluctantly, but courageously, we’re going to pre-emptively send up our own twattiest billionaires and see how they like that.”

Deafening glorbals of joy could be heard emanating from the martians’ bloobldeedoos, particularly from those long-suffering masses who currently worked for less than minimum Glibs, in exploitative jobs with no Octoploidics scheme, for the planet’s shadiest Glib-hoarder, Munto Horbleblob.

“Horbleblob, and his kind will be shortly rounded up, bundled onto a rocket, and sent on a one-way trip to the Blue-Green to where they can set up manipulative, market-dominating super-corbloids to their heart’s content.”