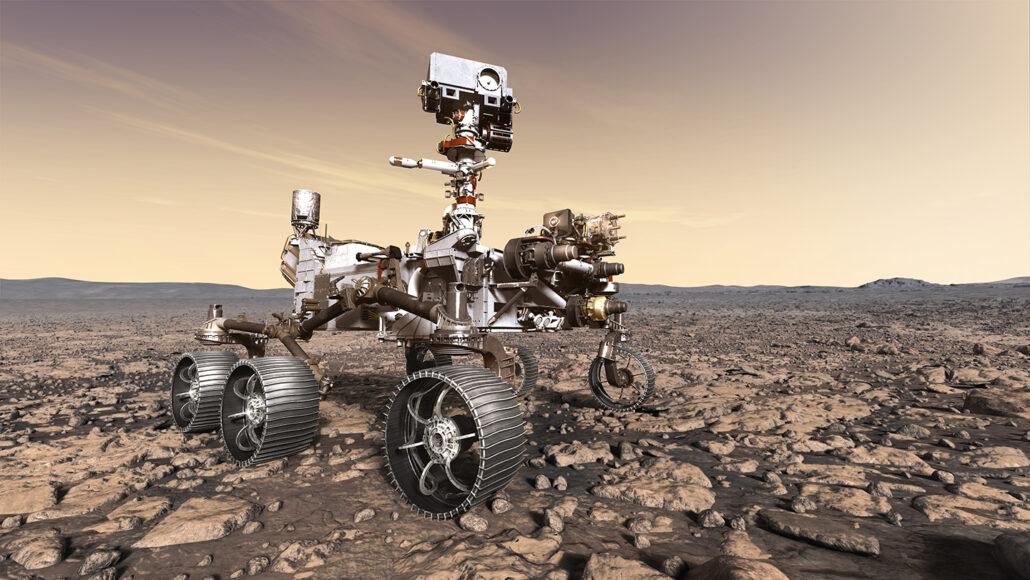 Derbyshire police have confirmed that they will be fining NASA’s Perseverance Rover, as soon as it completes its expected landing in the Jezebel crater tonight at around 8pm GMT.

Chief Investigating Officer of Derbyshire’s infamous Over Zealous Law Enforcement Division, Max Decree, had this to say to reporters: “It’s a remarkable achievement for humanity, to have sent some more of our junk to Mars in our ongoing quest to find David Bowie’s long lost Star Children.

“Nevertheless, the LAW IS THE LAW, and travelling overseas – not to mention travelling overspace-  like this clearly violates just about every lockdown rule going, and as such, it’s our duty to slap it with a £200 fine as soon as it touches down.

“And thanks to its amazing new Terrain Relative Navigation – which helps the rover ‘see’ rocks and other hazards– we’ll know exactly where the miscreant will be, so will have two officers down on the surface ready and waiting to get our totally justified collar. Unless it can produce a doctor’s note or some Sainsbury’s bags or something and claim it was out shopping, but our intelligence indicates it’s just carrying one empty IKEA bag for storing rocks, and an empty coffee cup a NASA engineer accidentally left in there.

“That clearly constitutes a picnic, and as such, it shall feel the full weight of the Derbyshire Police Force bearing down on it.”

In response to criticism that Derbyshire Police force has already spent over £68 billion of taxpayer’s money building a spacecraft capable of escorting six officers and all the necessary paperwork to the surface of Mars and safely back again, Mr Decree replied: “We never said they’d be coming back. This is Derbyshire Police force. Could be a bash round the head in Becketwell; could be marooned on the surface of Mars. They know the risks when they sign up.”