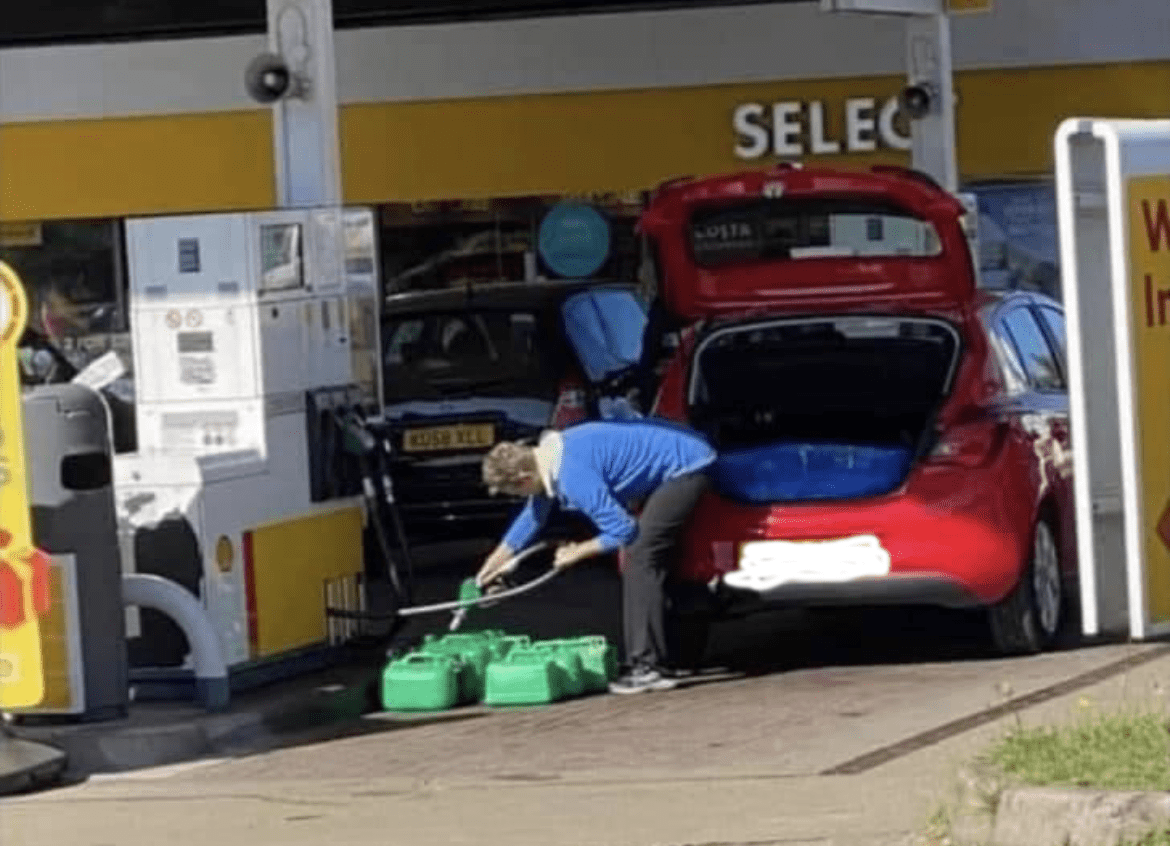 “It’s the media to blame. They’ve caused this panic,” said Gavin Talls, 37, as he waited for his second hour in a queue to get diesel at a Shell filling station in Norwich.

“I mean, normally, I would probably wait and fill up my car when I really needed to as I still have half a tank but with all this going on, I thought I would come along, fill my car and fill the 10 jerry cans I have in the boot as with so many people being selfish and panicking I just don’t know when I’ll be able to fill up again.

“Luckily, I don’t even need the car for work or for any essential services, as I live in the city centre and can walk everywhere but it’s better to be safe than sorry as I don’t want to be caught short.”

Gavin had sprung into action after seeing the 15th post on his Facebook that day blaming the media for the panic and telling everyone that everywhere was running short.

“If they hadn’t reported the news and just stayed silent and not done the public service in the first place stating that some petrol stations would close, then no-one would have panicked and started posting on social media about all the problems up and down the country.

“I saw this Australian documentary once where they ran out of fuel and essentially started dressing up in leather and having roadside battles over fuel, so I reckon that’s what’s going to happen here. I’ve even dug out my leather gimp outfit from the loft just so I look the part.

“My only problem now is that I’m going to find it hard to find somewhere to store all the jerry cans as my entire house is still full of the toilet paper I bought last year when that was the thing everyone was panic buying about.

“All these sheep panic buying are just making it worse but luckily I’m ahead of the game by getting ten times more fuel that I actually need.”