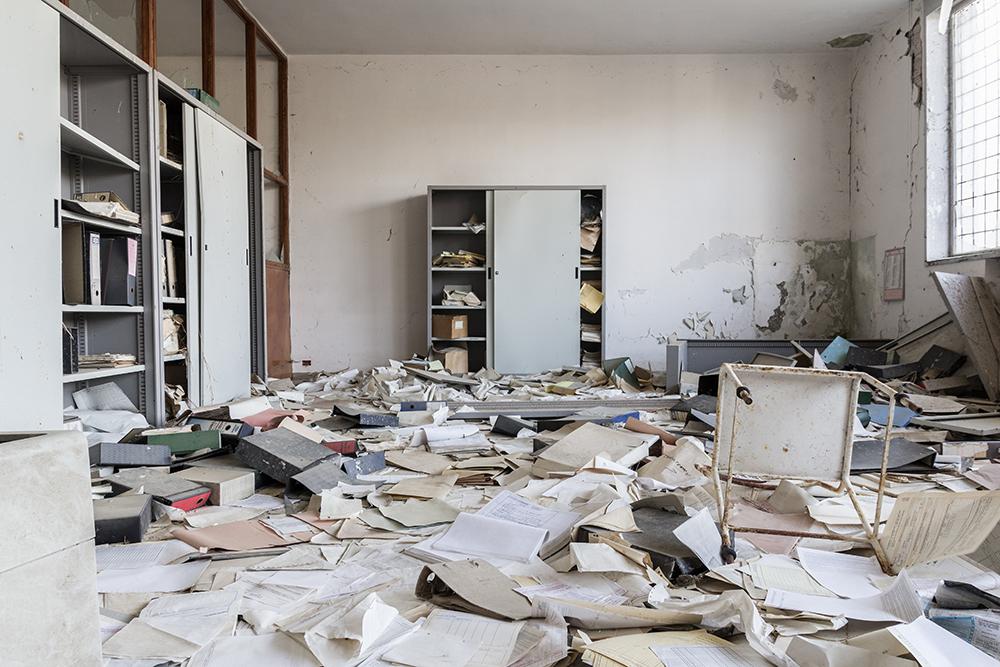 Administrative assistant Mr Desmond Barrow today caused tens of thousands of pounds’ worth of damage in the Runcorn office he shares with a dozen colleagues.

In his frantic bid to reproduce a fart-like sound he made so workmates wouldn’t think of him as a dirty, stinky bastard, Mr Barrow left a trail of destruction which bosses at the engineering firm where he works say will take at least two months to make good.

One horrified colleague said: “It all began when when the sound of a right meaty old rip-snorter of a fart emanated from the vicinity of Mr Barrow’s desk. It was so loud that it rattled the teacups in their saucers next to the kettle about five yards away.

“Mr Barrow looked extremely sheepish and guilty, and instantly began conspicuously scraping the side of his shoe against the carpet in a clear bid to repeat the noise. A quarter of an hour later he’d shredded more than half of the carpet in the office but still failed to make anything like the original sound.

“That was when he started sliding his computer monitor back and forth on his desk at great speed, trying to get a noise from the little suction cups on the bottom, and when that failed he did it faster and faster until the screen shot off the side of the desk and smashed to bits on the floor.”

Over the next hour-and-a-half, Mr Barrow tore the upholstery from several office chairs, peeled the laminated surface from eight desks, gouged long grooves in the walls with a teaspoon, microwaved a photocopier cartridge until it exploded and removed sections of the suspended ceiling before attempting to run them through the shredder, but nothing worked.

Finally, he managed to produce a moderately fart-like sound by stealing a colleague’s three-litre flask of extra-chunky farmhouse vegetable soup and pouring it into an air conditioning duct, but by then most of the building had been evacuated.

Another colleague said: “We’re prepared to give him the benefit of the doubt on the noise thing, but the entire office smelled like a herd of swine had taken a group shit and set fire to it.”