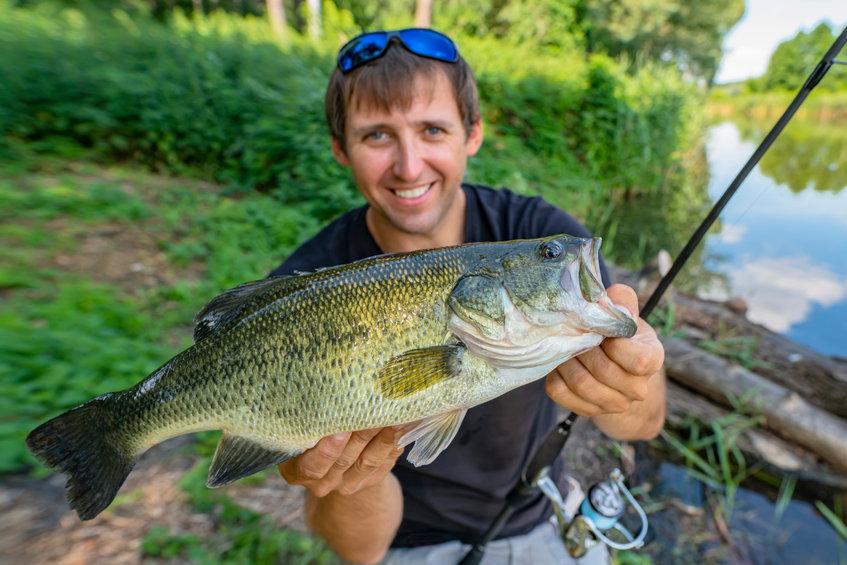 A Hastings man showed up at a date last night carrying a large fish just to match his Tinder profile picture.

Brian Birdseye, 33, of Homington, said: “All of my pictures on Tinder are of me holding various large fish in different poses. Obviously pictures of me holding large fish are catnip for the ladyfolk of Tinder as otherwise how else have I ended up actually landing a date?

“But, I then got worried, that Linda87 of Tinder wouldn’t recognise me unless I was holding a large fish so I thought I would carry this glorious largemouth perch that I caught the other day with me as I didn’t want there to be any case of mistaken identity.

“At first, when I showed up at the Hastings branch of Nandos, I was worried that the waiting staff would think it was a bit weird that a man would show up carrying a large fish, but then I noticed at least three other men also holding large fish probably for the exact same reasons that I came carrying a large fish. One even seemed to be carrying a three-foot long pike, which made me think what inadequecies is that man trying to hide by carrying such a large fish.

“Now, I’m worried that there are too many people carrying large fish, and that it will still end up with a case of mistaken identity. I bet she ends up with that man carrying a large pike. I should have caught a bigger fish.”

Unfortunately for Brian, Linda87 had spied him through the window and promptly turned around and gone home.

She said: “What a pathetic excuse for a fish that he was carrying. That was definitely a lucky escape as I only date men carrying at least a three footer when it comes to fish.

“There was an interesting looking pike but I didn’t have the nerve to approach him as he’s obviously a player.”

Sitting in the restaurant, Percy The Pike said: “I usually carry a human with me when I go on dates. I used to use Plenty of Fish but it was a bit much so now I use Fin-der.”