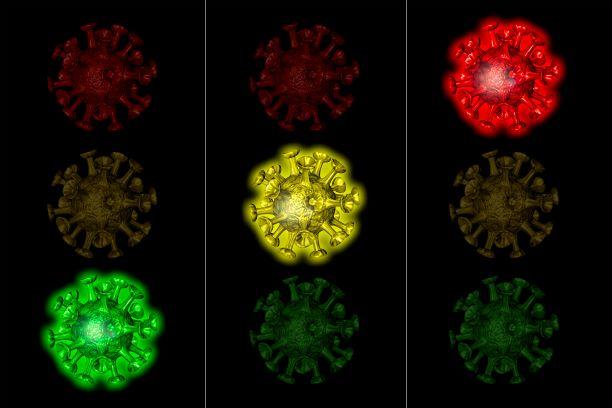 “It’s all been so exciting,” enthused the confusing shambles formerly known as Lockdown during a press conference earlier today.

“When I was first given this gig back in March, I thought it would be a one-off. I had no idea it would turn into a career.”

When Lockdown’s first stint came to an end in June, retirement beckoned, but then a second call came from the Government at the end of October.

“I was delighted to be able to do my bit once more,” said Lockdown, “but even then I was a bit worried that my public were becoming a little bored with me, a little restless. The shuttered shop fronts, the dying businesses, the orders for people not to go anywhere near loved ones for fear of killing them or being killed by them - it was all growing rather too familiar, especially as everybody had more or less been promised that I almost certainly wouldn’t be back.

“One of the members of the Cabinet - I won’t say who as I’m nothing less than discreet, although if you think of 1980s TV puppet character Pob you’ll know who I mean - suggested that I should be renamed ‘Lockdown 2 - Pestilential Boogaloo’ so as to be more relevant to the young people, but the idea was rejected as somebody else said it sounded a bit flippant.”

Then, as the end of Lockdown’s second contract with the Government loomed, the Prime Minister and his closest advisors realised that, what with all attempts to keep the virus under any form of significant control having failed dismally or at best temporarily slowed the pandemic, Lockdown would have to be kept on until spring at the earliest.

“That was when they had the idea of calling in Same Old Shit Different Wrapper, one of the most exclusive agencies in London, to give me a complete makeover.

“Their image marketing lead, Roberto, handled everything. He told me, ‘Locky darling, your current look simply has to go. This idea of just one offering to cover the whole of the nation is so yesterday, so 2020. It’s time to take a more bespoke, more localised approach, to interrogate our paradigms, to be agile, to be robust!’

“And that was how I became Tiers. Thanks to Roberto, I realised I could be more or less the same old Lockdown more or less all over the country for the foreseeable future, so long as I was called something else!”