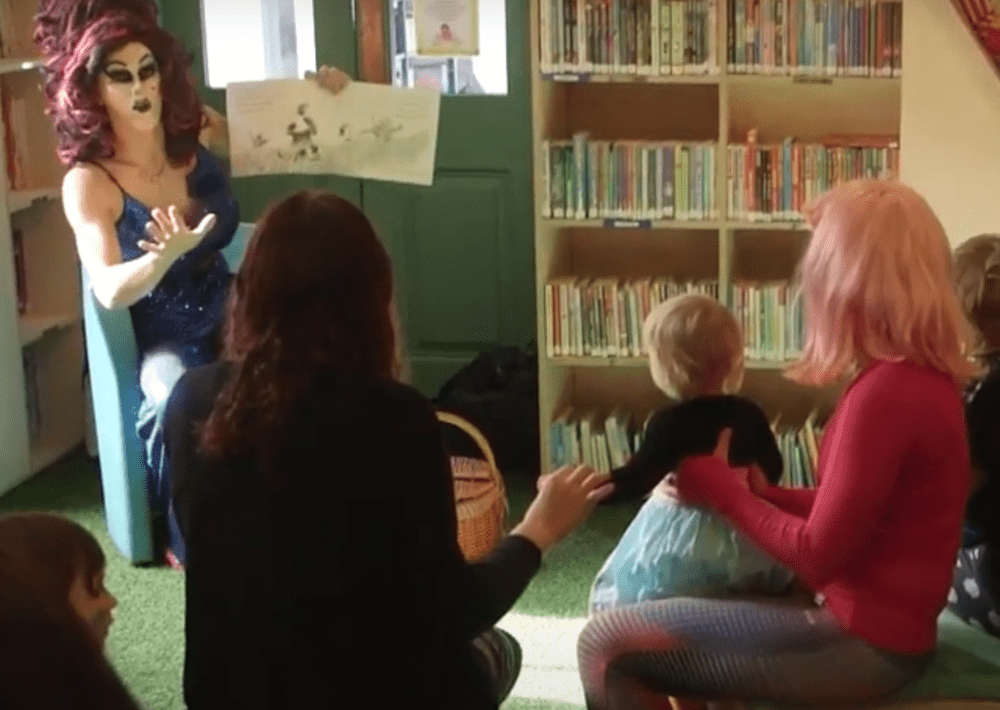 A library targeted by slobbering thick bigoted bastards for hosting a Drag Queen Story Hour has announced a new event.

Thick Bigoted Bastard Story Hour will be hosted by the library, which is in the south of England, at a date to be announced.

Its recent Drag Queen Story Hour was targeted by a small, grunting group of pig ignorant louts who terrorised and abused children and parents as they arrived.

A library spokesperson said: “Like other Drag Queen Story Hour events throughout the country, ours aimed to entertain children with a perfectly innocuous and enjoyable reading of a book while at the same time promoting mutual tolerance and dispelling misconceptions.

“However, the knuckle-dragging homunculi who turned up to oppose it posted online videos of themselves accusing innocent, horrified parents and library staff of promoting paedophilia. The videos also showed police officers generally standing about like shop window dummies and being rather less useful. They not only failed to prevent the abuse, but also failed to prevent at least one cerebrally-challenged harpy from entering the library and croaking nasty, ill-informed shit at those within.

“However, in the spirit of promoting tolerance and inviting people of all viewpoints to participate, we have decided to host a Thick Bigoted Bastard Story Hour. It might seem a controversial idea, but we believe it is a good one in the long term. After all, if listening to the gibbering and drooling of somebody with the brainpower of a particularly dim flatworm doesn’t convince children and parents of the value of reading and learning, nothing will.”

However, the plan has hit a snag. The spokesperson explained: “Oddly, for all their talk about the dangers of sexual degeneracy, none of the thick bigoted bastards we’ve approached have been willing to let us check out their social media to make sure they’re not a wrong ‘un. Ever get the feeling that the contents of somebody’s hard drive would put them in Wormwood Scrubs for a decade or two?”