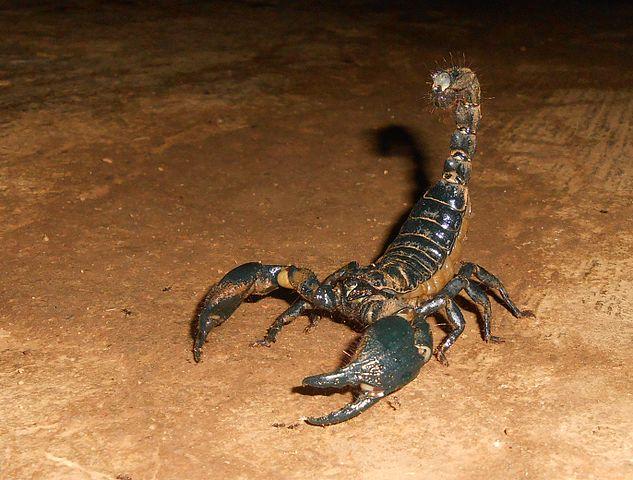 “We have hearts, we have souls, we have emotions, we have - in many cases - exoskeletons and the ability to breathe through our armpits.

“Cut us, and do we not bleed, even if we bleed in different colours to the ones you may be used to?”

Mr Cornthwaite was speaking shortly after the inaugural meeting of the newly-formed Society to Promote the Dignity of Creepy-Crawlies and Beasties.

The first and only item on the agenda was a resolution to outlaw the making of comparisons between politicians and leeches, tapeworms, liver flukes, scabies lice, ticks, scorpions, slugs, centipedes, earwigs, fleas, bacilli, and any other member of the animal kingdom in whose presence most people would reach for a heavy book, a stout shoe, a flamethrower or a course of antibiotics.

“Only the other night,” said Mr Cornthwaite, “I was in the pub, minding my own business, when some smart arse decided to try to impress his mates by explaining that politicians can’t help being utterly devoid of morals and decency because it’s in their very nature.

“That’s an entirely reasonable point of view, of course, but what example did he used to back it up? That old fable about the frog giving the scorpion a ride across the river, only for the scorpion to sting him mid-crossing and kill them both.

“Well frankly, that fable is complete bollocks. Some of my best friends are amphibians, and even if they weren’t I’d have to be a complete dick to sting one who was doing me a favour.

“It’s the same with plenty of other creatures who politicians are always being compared to, even though those creatures generally do the world more good during any given day than a politician manages in a lifetime.”

Mr Cornthwaite added: “Did you know, for example, that scorpions are a vital part of their local eco-systems as they keep insect populations under control?

“Or that tapeworms help to weed out weaker members of animal herds year after year, even though they get no thanks or even any fresh air?

“Or that leeches are an essential food source for all manner of reptiles, fish, birds and other creatures?

“Or that wasps help to prevent the world from being completely overwhelmed by decaying vegetable matter?

“Okay, so there are some creatures which are more or less completely horrible, but comparing politicians even to them is out of order.

“Take crab lice, say. I’ll grant you that they’re every bit as much of a parasitic pain in the knackers as politicians, but when was the last time you heard of crab lice demanding several thousand extra pubes to scuttle among at our expense when everyone else is wondering whether they’ll still have a job to go to next week?

“Or pouring taxpayer-funded gin and tonics down their filthy, hypocritical gullets in private bars all night while the rest of us are shovelled out on to the streets en masse at 10pm to catch coronavirus?”