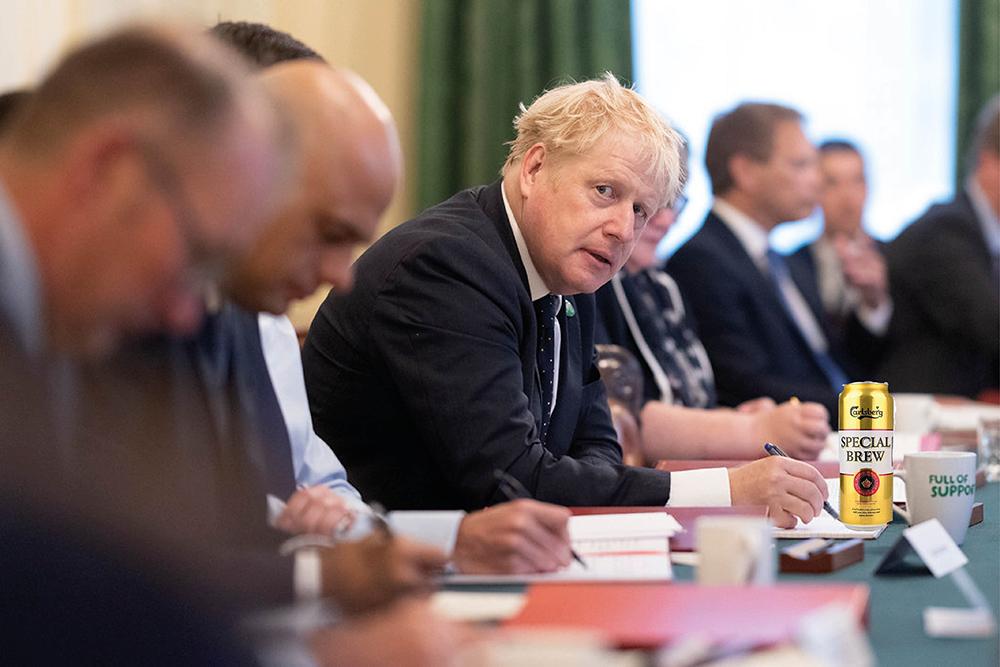 “Look, we’ve had so many meetings lately you’ve completely emptied me out of booze,” mitigated Justice Secretary Dominic Raab having been lambasted by his colleagues for only bringing a bottle of sherry that he had found at the back of the cupboard to the latest Cabinet ‘business meeting’.

Several Cabinet members scoffed at the excuse especially Minister for Levelling Up Michael Gove who was sitting there smugly with a bottle of Cristal Champagne in front of him.

Gove said: “I might be in charge of Levelling Up, which is something I’m very competent at when the ruddy lifts are working, but even I know that bringing some old sherry found at the back of the cupboard behind the Baked Beans is not good enough for the absolute ‘bring your own bottle ragers’ that we’ve been having every time we have a ‘business meeting’ since we’ve been in Downing Street over the past couple of years.

“I mean, not only do colleagues like me always bring the ‘party’ with our booze, but we’ve also been known to bring a bit of extra stuff so none of us keeps our powders dry if you know what I mean. Sniff sniff. Nudge nudge.”

Hearing this Home Secretary Priti Patel swooped down from her perch proudly holding her bottle of 1787 Chateau Lafite, which one of her underlings had seized during a routine immigration raid a few weeks before.

She said: “Now, now Gove Dearest. Don’t keep it to yourself. I’ve got a mirror about my person for just such an eventuality. Obviously the mirror’s not to see myself as I don’t have a reflection so it needs to be put to some other practical purpose that’s not to be sniffed at. Well, in this case, to be sniffed at.

“But Raab, you do realise that we have a reputation to uphold and that bottle of cooking sherry you’ve brought along is really not going to cut it.

“I’ll just get one of my minions to open this fine bottle of Chateau Lafite and we can all get cracking.”

With that, a figure coalesced from the shadows behind the Home Secretary and if you squinted you could see that it looked remarkably like a demon holding a corkscrew.

Sitting at the centre of the table UK Prime Minister Boris Johnson smiled and thought to himself: “At least Raab messed up as it’s totally distracted everyone from the fact that all I’ve managed to bring is a can of Special Brew I grabbed from a tramp outside on my way in whilst I was burning a £50 note in front of him.

“These cabinet meetings are such hard work. If only the public knew.”