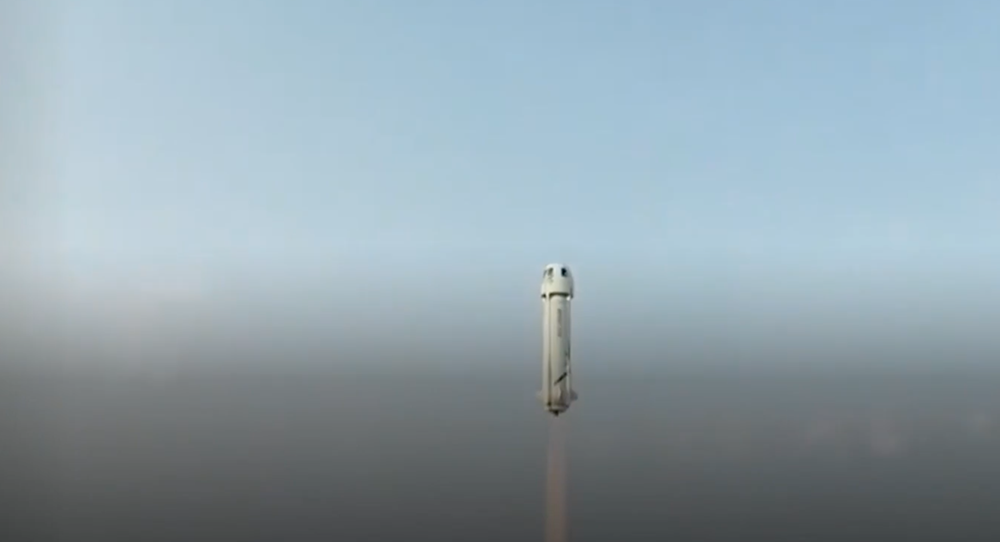 The people of Texas were shocked to see a large penis take to the skies above their heads yesterday only to realise it was just Jeff Bezos being a bit wanky in a space rocket.

The former Amazon CEO and now space entrepreneur having some sort of billionaire’s mid-life crisis took to the skies yesterday in his Good Shepard rocket and spent more money than the national debt just to spend a few minutes in space in his tallywacker-shaped machine.

One onlooker, Chastity McConnell, a mother of three from West Texas, said: “I had my four year old daughter, Trixie-Belle, say to me ‘why is something shaped like daddy’s willy flying above our heads?’

“I just said to her that it was Jeff Bezos, and she got this really knowing look and said ‘oh yeah. That explains everything. He’s obviously making up for some inadequacies in the trouser department and would prefer spaffing billions up against the wall just for three minutes of being in space, than pay his Amazon workers a proper pay, improving their working conditions or actually paying some goddamn tax on the millions he earns every minute.’

“Did I mention that my four-year-old is quite intelligent?”

Other onlookers seeing the space rocket shaped like a penis above their heads, merely shrugged their shoulders and carried on with their days.

Mitch Doubleday, a welder from Amarillo, said: “We’re all a bit bored now. I mean, this Blue Horizons project that Jeff Bezos has been involved might be breaking the frontiers of citizen’s space travel but it’s just another example of a billionaire shitting on us from on-high, in this case literally.

“We didn’t even find it funny that it was shaped like a penis, which is weird if you think about it. I mean there are so many jokes about ‘penetrating the atmosphere’ etc. but none of us can really be that bothered. We just don’t have the energy for innuendo at the moment as it’s just that wanker Jeff Bezos.

“There’ll be another wanker billionaire doing it soon. It’s all a bit ‘meh’.”