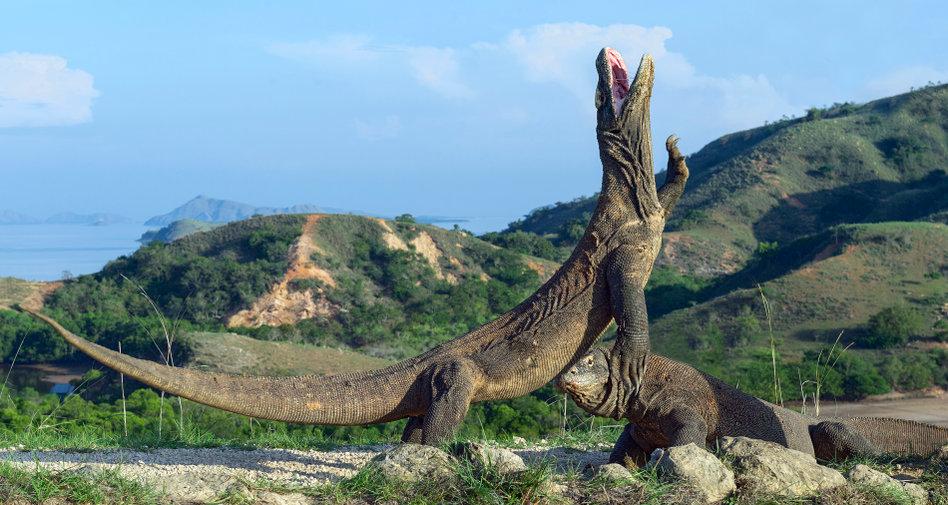 The reptiles are taking action after receiving the news that their species have been reclassified from ‘Vulnerable’ to ‘Endangered’ on the International Union for Conservation of Nature’s (IUCN) Red List.

This reclassification is a result of the shrinking of the dragons’ habitat due to rising water levels driven by the climate crisis. The reptiles rarely venture higher than 700 metres above sea level, so the rising water levels are said to pose a real threat.

Komodo dragon Kacey, 10, of Indonesia’s Sunda Islands, said: “We as a species are getting really sick of this climate mess that humans are creating. I’m a ten-year-old dragon, and I’m scared I’m not going to see the end of my 30-year life span! Something must change.

“I find human-kind’s apathy for the health of the globe and all that live on it to be appalling. Why can they not get their shit together and make even a small change to help create a big difference. Something as small as swapping out a plastic straw for a metal or bamboo one would be a start.”

News of the change to the IUCN Red List status is travelling fast amongst the Komodo Kommunity with more and more choosing to speak out.

Komodo Dragon Klarke, 24, of Bali added: “I’ve been around a long time for a Komodo dragon already and I will continue to speak up for my species’ rights. I’ve had Extinction Rebellion on the phone this week to try and organise a decent protest. We cannot sit back and let this disregard happen anymore.

“We dragons are known for our venomous saliva, but I would say climate change deniers have the edge on us in that department. They’re dangerous and they’re spitting more brainwashing poison than we as a whole species could come close to.

“I don’t mean to be rude but the last dragon I know the human race to have given a proper shit about was that flying one from The Neverending Story. Wake up people – we are real fucking dragons!”