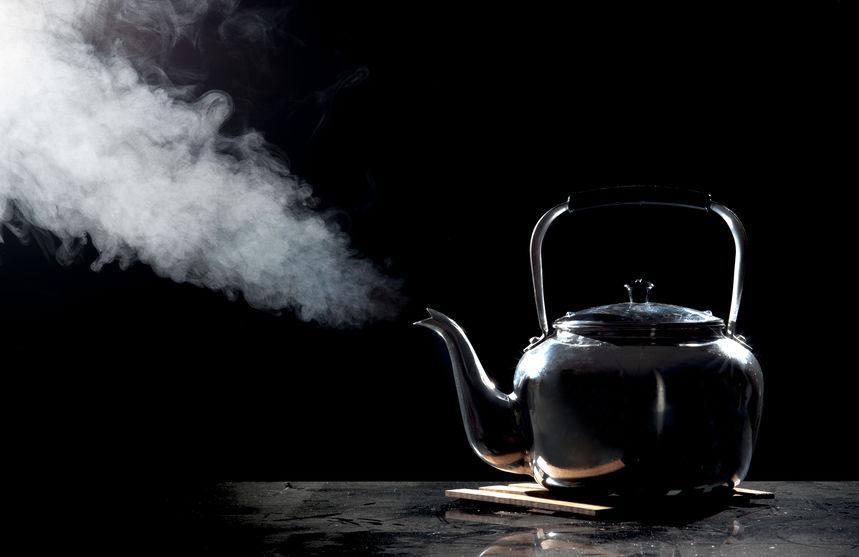 There was unrest in the kitchen cupboard today as two pots called a kettle black.

The pots, one highly polished and rather slippery and the other a soul-sapping dull grey, each used to be kettles themselves.

They strongly criticised the kettle for saying it was prepared to break the law and go back on its word in order to get an advantageous space when the cupboard is reorganised at the end of the year.

The shiny pot served as a kettle from 1997 until 2007, and was best known for supporting the infamous War of the Cupboards at the request of an American waffle iron.

Critics say the war, which destabilised countless cupboards worldwide and led to the destruction of thousands of pots, pans, plates, bowls and other kitchenware, was not only unnecessary and unjustified but also entirely in breach of international treaties relating to the conduct of household cooking implements.

In spite of this the kettle was permitted to resign and begin a new life as a pot.

The other former kettle served in that role from 1990 until 1997, and its kettleship, while not marred by accusations of war crimes, was not short of controversy.

Some said, for example, that it had helped to throw the previous kettle out of the cupboard, but it is chiefly remembered for repeatedly proclaiming that every item in the cupboard should be morally beyond reproach.

This was in spite of its having had an affair with an eggcup which caused universal revulsion at the abhorrent mental images the revelation forced into the collective consciousness.