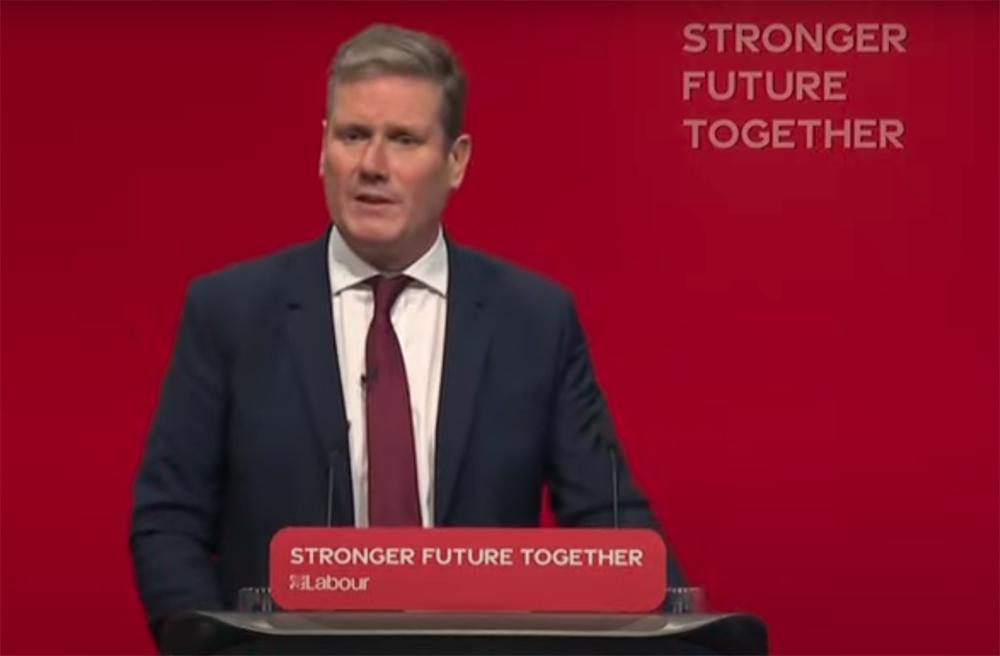 Speaking exclusively to the News Elephant, Margaret Hopgood, 57, said: “I was just whittling around the Henry in what I thought was an abandoned conference centre when I realised there was still a man on stage”

“As I got a bit closer, I realised he was still talking, and it was that lawyer guy who I see on the telly sometimes, usually moaning about that other one.”

The lawyer guy, it later turned out, was none other than Labour Party leader Sir Keir Starmer, who was apparently making his closing remarks on his lengthy, seven-day speech, long after all other attendees had gone home.

Margaret added: “As I had the vacuum on, I couldn’t really make out what he was saying, but it didn’t sound particularly important.

“Then he straightened out his speech papers, waved to no-one and then quietly saw himself out.

“I didn’t even realise he’d left until I heard the door close. But I could see he took great care in avoiding my just-mopped area, so I appreciate him doing that, that was very nice of him.”