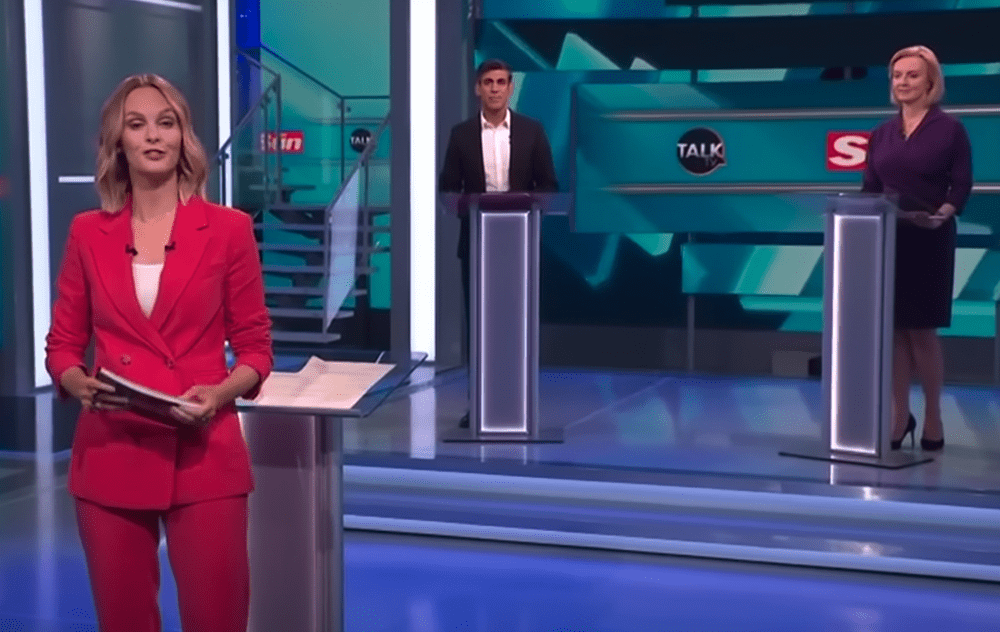 Urgent medical tests are being carried out on TalkTV journalist Kate McCann after she fainted during a live televised debate between Tory leadership candidates Liz Truss and Rishi Sunak.

Doctors are carrying out tests to determine whether Ms McCann is suffering the effects of chronic shite inhalation, which in extreme cases is known to cause sudden lapses into unconsciousness.

Professor Hertz van Rental, a toxicology expert at the University of Skelmersdale, said: “Generally, the human body is resilient enough not to be affected by the sort of shite most of us have to deal with on a more or less daily basis. That gormless bastard blocking the supermarket aisle and staring into space, for example. Or the colleague who thinks every migrant crossing the Channel is a murderous desperado with a dagger clenched between their teeth and evil in their heart because they read it in the Daily bloody Mail.

“Although this airborne shite is unpleasant to the senses, it is relatively safe, especially in open spaces.

“However, a person who is exposed to concentrated, weapons-grade, industrial strength shite every day of their working life, such as a journalist in regular contact with politicians, is in a far more perilous position.

“Although I am not involved in the investigation of the fainting incident, I can only surmise that the immense volume of utter shite spouted by Ms Truss and Mr Sunak, coupled with the concentration of shite already absorbed by Ms McCann during her ordinary duties, led to oxygen starvation and unconsciousness.

“To this, of course, we must also add the fact that the journalist works for TalkTV, which my colleagues have assessed as being so replete with shite that anybody normal working there, and who hopes to stay that way, should probably wear a protective full-body suit like in that horror film, The Andromeda Strain.