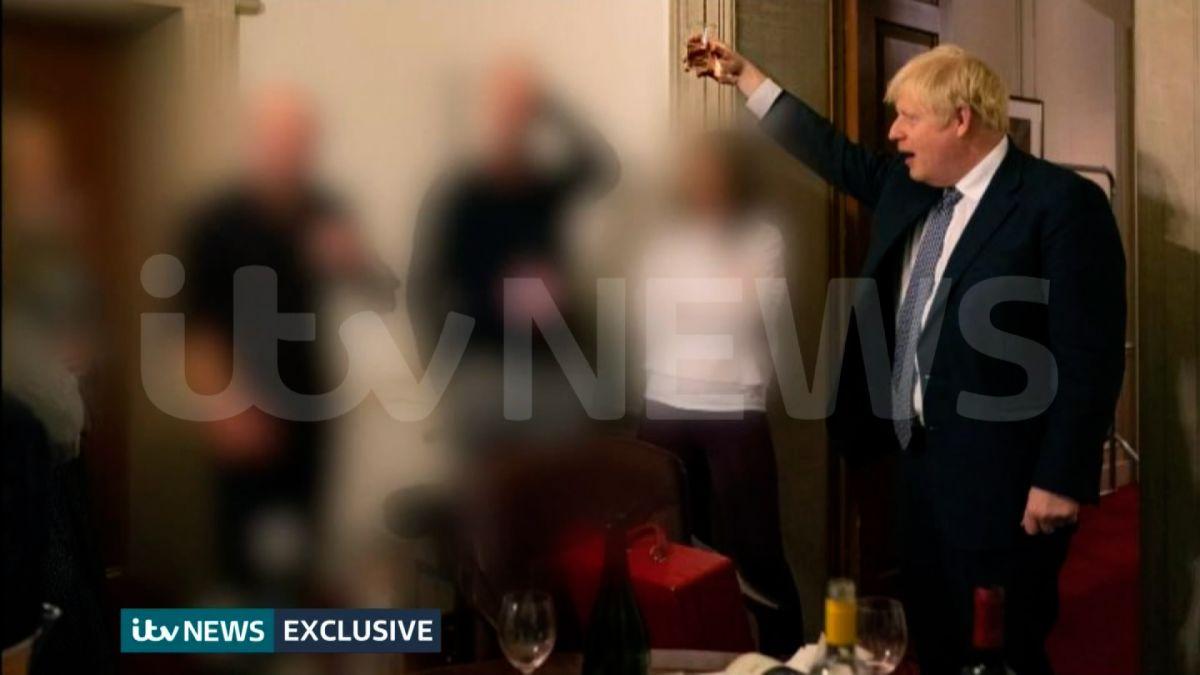 By Norman ‘I can see you through the window, Minister…’ Smee

Mouthpieces representing the Prime Minister have confirmed that he will attempt to defuse the increasing public anger around the leaked photo of him wantonly breaking his own laws by citing a scarcely believable defence that barristers are fairly certain hasn’t been tried yet, even in Clown Court.

The leaked photo, which shows what appears to be Boris Johnson enjoying a drink and toast with others at the very moment he was ordering the rest of us to stay home and avoid attending even our own nan’s funerals, has caused the PM even more bother this week.

The photo’s emergence is bad timing for the PM, coming as it does mere months after the interim report published by Sue Gray revealed that the PM and his colleagues were probably up to no good, and shortly before her now-fully-published report confirming that they definitely weren’t.

Michael Gove, the Minister for Levelling Up the Levelling-Up Minister’s Career, said: “It’s terrible timing really, or at least it would be, in the event the prime minister wasn’t armed with the greatest excuse ever. I should imagine in that particular scenario, all this screamingly shameless hypocrisy would make his position completely untenable and finally remove any last lingering cling-ons of authority still stubbornly refusing to shake free from his metaphorical bottom.

“Luckily, I can hereby confirm that he will, on record, truthsficate the following pretextuloid: ‘I’ (…and you have to sort of imagine him saying this now, so imagine it in his voice, not mine. Or, if you like mine so much – and I don’t blame you if you do – you can compromise by reading it in what you imagine to be me doing an impersonation of him. That way you get the best of both of us, and double the amount of me. Winner, winner, Govey’s back for dinner!). ….was simply catching some wayward drips I saw falling from the floor above in the closest nearby vessel – (actually, when he says ‘drips’, he could make some sort of quip about civil servants here, couldn’t he? But I guess only add that if you’re still reading this in my voice, I don’t think he’d be creative enough to come up with that one on his own. Certainly not given the pressure he’s under this week anyway) – which just so happened to be something that looks suspiciously like a whisky glass, but was actually being used to store stationery. NOT PICTURED: several scattered felt tip pens.’”

Mr Gove then clicked his heels together, whistled a happy tune and scuttled off back under the floorboards, leaving only his eyes peeking back through to check if our reporter had left yet.