‘It’s a right kick in the baubles,’ says UK after Norway sends over ropey tree in response to Solskjær firing 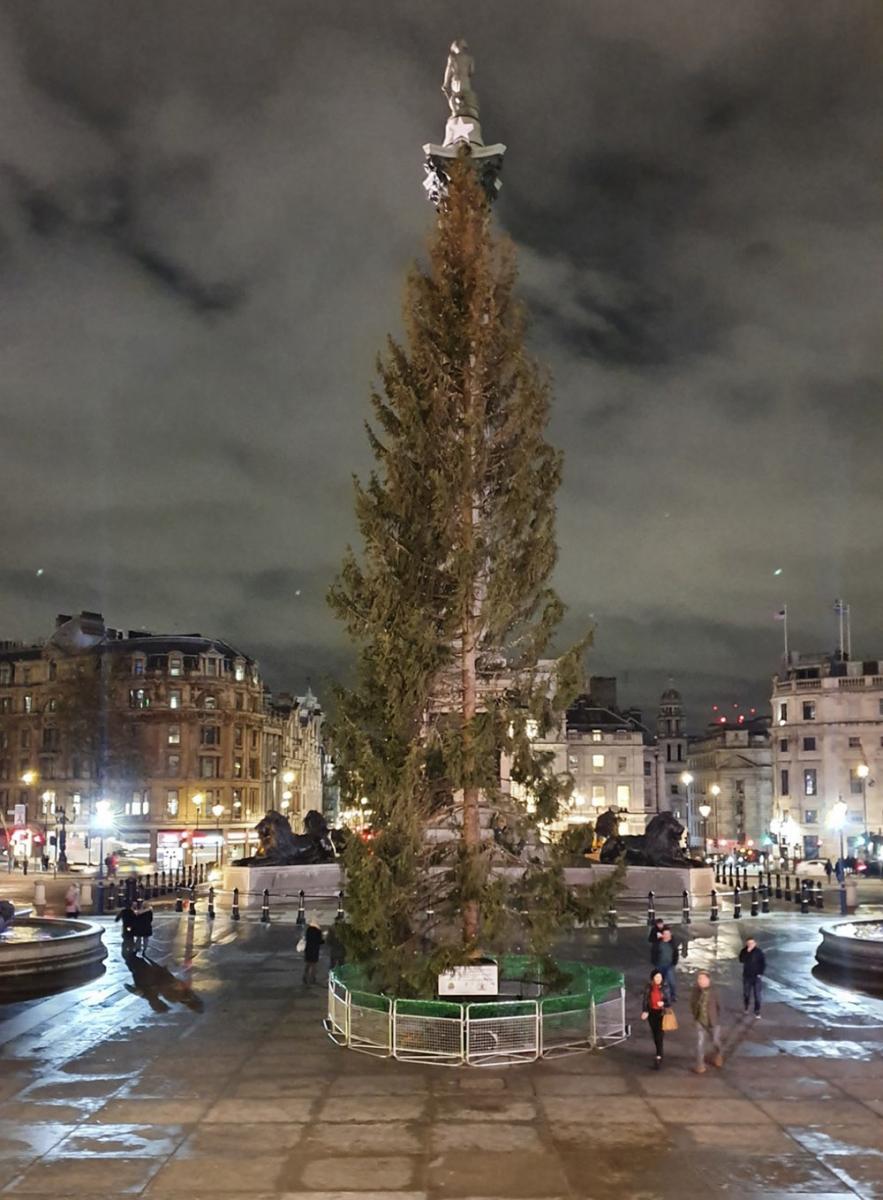 The British public are up in arms after Norway dropped off an extremely underwhelming Christmas tree in retaliation to news of Ole Gunnar Solskjær’s recent firing from his managerial role at Manchester United FC.

Solskjær was removed as Manchester United’s Manager at the end of November and Norway has wasted no time in getting its own back, by delivering a tree to Trafalgar Square that is so scrawny that it could be mistaken for a flaccid version of Nelson’s column which sits adjacent.

Norwegian Tree Official, Mr Bjorn Agäin said: “Well after what our poor Ole has gone through with Manchester United, Trafalgar square had it coming. I mean whatever happened to giving people second chances…okay in Solskjær’s case it would be his fourth or fifth chance, but still!

“People keep waving it in our face about how under poor Ole, Manchester United saw its heaviest defeat since 1989 – well the joke is on them as this tree we have sent to London this year has been brought out every Christmas, dropping its needles since ‘89!

“All of that business aside, this piss-poor tree is more than just revenge for Solskjær - we also think of it as a poignant metaphor. We noticed that almost every branch of the British government has been cut recently, so we thought it fitting that this idea was translated through the tree too.”

Members of Trafalgar Square’s local fire department, however, are amongst the minority pleased with this year’s Christmas tree gift.

Firefighter Teresa Burning said: “We should hopefully see less call-outs this year for cats getting stuck in the tree as there is fuck all of it to get stuck in.

“Usually, the little buggers bury themselves deep into the foliage along the branches, but it doesn’t look like that’s going to be possible with this one.”

To rescue the spindly twig and attempt to save face, the local council have drafted in a team of expert decorators to help lift its appearance.

Designer, Walter Messe said: “I mean it’s shambolic. I’ve not taken on a project this challenging since redecorating Boris Johnson’s outhouse – and you can trust me when I say, the man must eat a lot of kale and beans.

“I mean usually when decorating a tree that is thinner-on-the-ground, you just strategically place tinsel to draw the eye. After doing a recce of this one however, I don’t think there is enough tinsel in the whole of London to fix it.

“My team have worked tirelessly and even set up a meeting with a local lumberjack to see if there was any shaping work he could do to help. This was a bust as he just kept assuring us that he was OK, relaying his sleeping and working habits and telling us he wears ‘high heels, suspendies and a bra.’ We decided against him as his work attire sounded like it would pose a serious health and safety dress code issue.