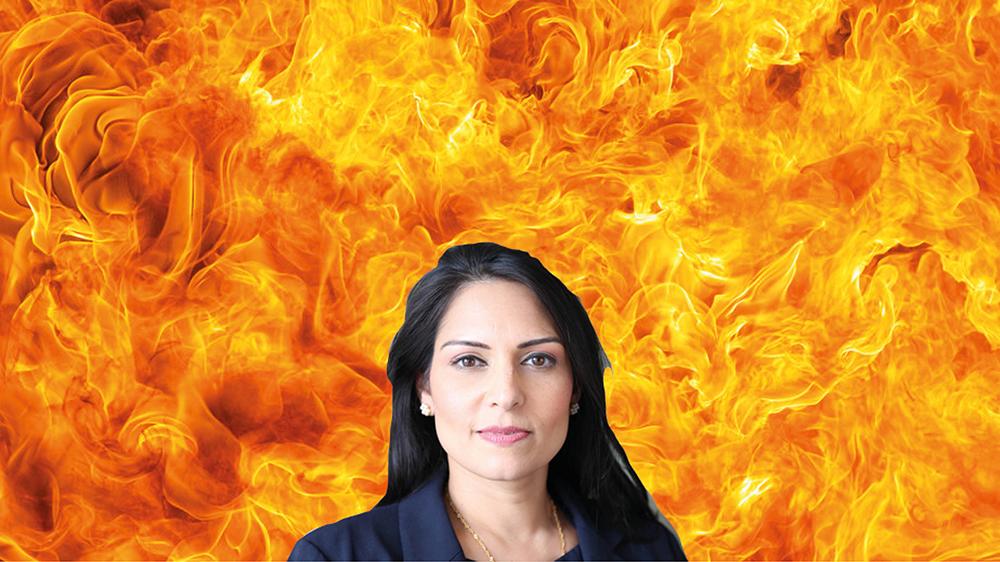 “My plan is working,” said UK Home Secretary Priti Patel having just finished her daily satanic rites routine, which involves two pentagrams, a domestic cat and some hand moisturiser (as brimstone does tend to dry out the skin somewhat).

Earlier today, she had sent her minions scurrying to whisper policy in the ears of lesser ministers and the even more pliable Prime Minister.

To what would seem like an empty room to the naked eye, she said: “I have the rest of the bumbling cabinet just where I want them now and Boris has become my simpering slave doing my bidding whenever I wish.

“Slowly, drop by drop, we are ruining this country and making it as uninhabitable and inhospitable as possible so no immigrant could ever imagine wanting to come here.

“Pumping sewage into all of our coastal and river waters was essentially my idea fed through the right ears just so the UK could be surrounded by a sea of shit as there’s nothing that puts off migrants more than wading through faeces.”

A patch of darkness in the corner of the room suddenly coalesced into a behooved horned demon who was grinning from ear to ear.

Azgaxos, the demon of Nathrantes and Bringer of Misery, said: “Your plan is definitely working, your highness queen of the night.

“Just today I heard a family facing imminent death hiding out in a basement in the bombed out city of Homs in Syria, saying that they were better off staying where they were rather than make the arduous trip to the UK especially in light of rising inflation, the death of the fishing industry, the hidden privatisation of the NHS, the absolute corruption in every facet of the Government, mass social unrest and the fact that the economy is now going down the swanny as the UK has pissed off its nearest neighbours. And now that Richard Madeley is in I’m a Celeb that’s just the icing on the cake. Good skills swinging that one by the way.

“They all decided that facing mortar bombs is a much more attractive proposition. Your anti-immigration policy of making this country as shit as possible is definitely working.

“Urm, one issue that some of my fellow demons have raised is whether they will be able to get a work visa once this is all over. Is that still possible?”

A light of fire flashed in The Home Secretary’s eyes. Looking at the demon she said: “Of course it is.”

The demon never noticed that she had her fingers crossed behind her back.