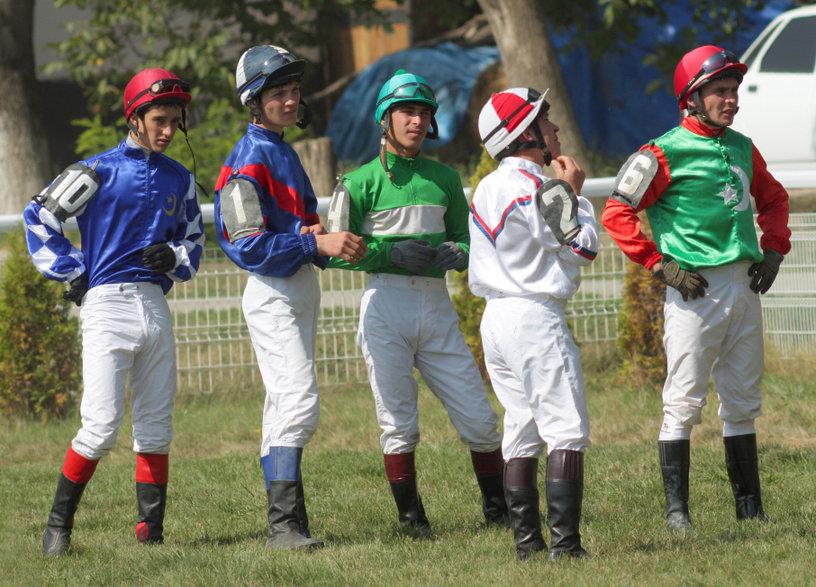 Racehorses across the UK were unanimous in raised hoof last night and have decided that at this year’s Grand National, for the first time ever in horsestory, the horses will ride the humans.

The exciting role-reversal was agreed during a pre-National race meet on ‘Equine Day’, which is a bit like Ladies Day but with even sillier hats.

One racehorse, whose real name is Whinny-whinny-hoof-snort but whose human-bestowed ‘slave’ name is the rather demeaning ‘Foal’s Gold’, said this: “Not only will this switch boost ratings for the event overall, but for the first time ever we’ll attract the animal rights crowd, who will no doubt to be tuning in in their thousands to see how the jockeys like being whipped because they’re not running fast enough, or being shot because they couldn’t jump over a f*kin hedge.”

However, controversy still haunts the racing spectacle, as many people are now advocating for the rights of the jockeys, and accusing the horses of denying them a choice in the matter.

But Whinny-whinny-hoof-snort is having none of it: “Look, just cos we turned on the jockeys ‘Animal Farm’-style, and forced them at hoofpoint to agree to our demands, doesn’t mean we don’t care about the little b*tches (as the horses call the male humans).

“Honestly, they’re treated like royalty. We feed them premium-grade freeze-dried ground Deliveroo-driver, which so far as we can gather, is the human’s favourite food.

“Then, to ensure they don’t get stressed out with the entirely artificial and indefensibly exploitative environment we’re placing them in purely for our own amusement, we also cut off their bollocks.

“This has the double-benefit of making them both more streamlined (resulting in greater speed and thus less punitive whipping action, which they certainly appreciate), and also ensures they don’t get distracted by any attractive female jockeys seductively grazing in the paddock.”

The 1st Reverse Grand National happens tomorrow at 5:15 pm BST (that’s Spleventy-past Spring in Horse Time) and will be broadcast on all Equine networks, and several of the more daring human ones.