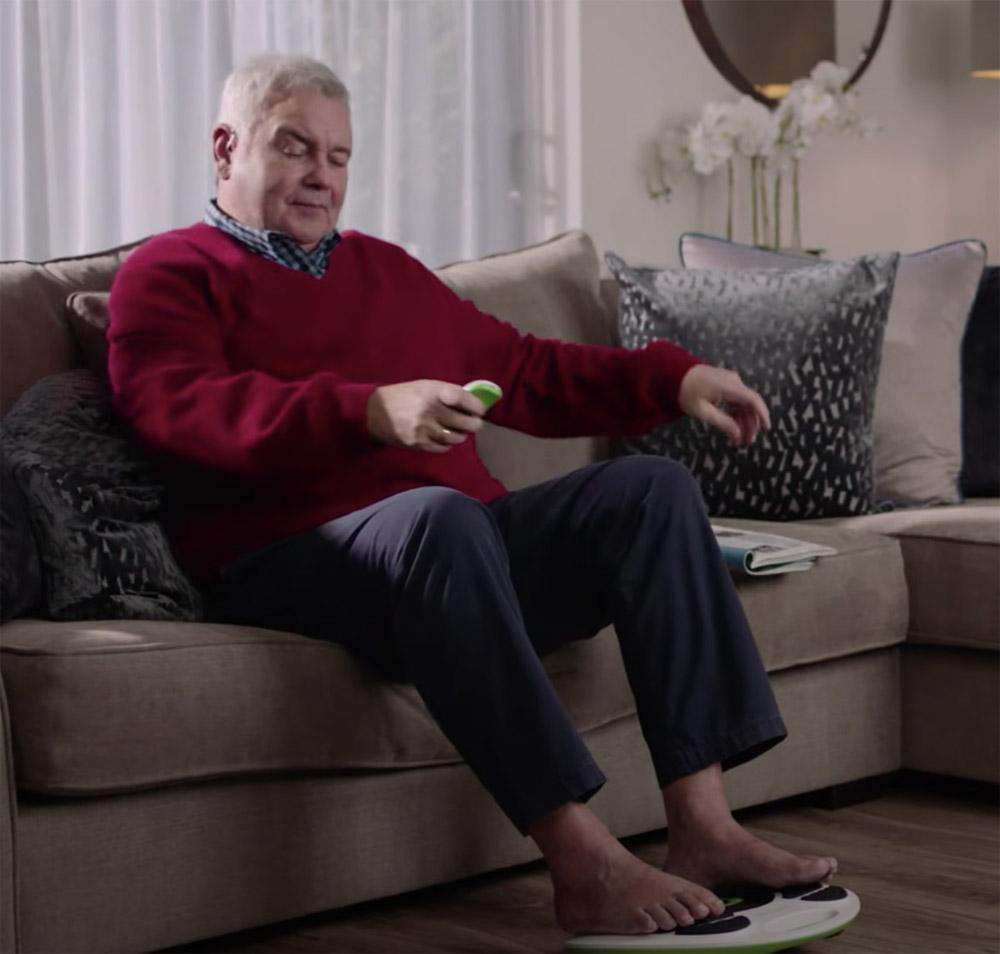 A TV commercial in which Eamonn Holmes uses an electrical foot stimulator has been scientifically proven more disturbing than classic horror film The Exorcist.

A team from the British Institute of Frightening Thingy Assessment began an urgent investigation following reports of a national wave of trauma after the launch of the commercial.

Former This morning presenter Mr Holmes, along with wife and fellow presenter Ruth Langsford, agreed to promote the foot care device. Mr Holmes also appears in commercials for one of those equity release companies that offer the over-55s cash which must be repaid from their estates after they croak.

Professor Arnold Cunningham, leader of the team at the Institute of Frightening Thingy Assessment, said: “We assembled a 500-person panel and ensured it was as demographically diverse as possible.

“They unanimously reported feeling a far greater magnitude of horror while viewing that advert than they did when exposed to anything from archive footage of the Hindenburg disaster to the bit in the first Alien film when the creature eats its way out of a screaming John Hurt’s chest cavity.

“We tested them with every film on the list banned in the 1980s as so-called Video Nasties, and they volunteered to watch the lot at least ten more times rather than be exposed to even five more seconds of that commercial.

“Several even said that, faced with another viewing of the commercial, they would sooner watch a certain infamous online video from a few years ago, the one involving two people and one drinking vessel, and eat a big bowl of especially moist sticky toffee pudding while doing so.

“Showing our panels The Exorcist, even though it’s more than 45 years old, usually makes them say nothing could be more horrifying, but in this instance all 500 test subjects said the infamous classic horror film was about as frightening as a run-of-the-mill episode of Scooby Doo in comparison.

“It’s all quite extraordinary.”