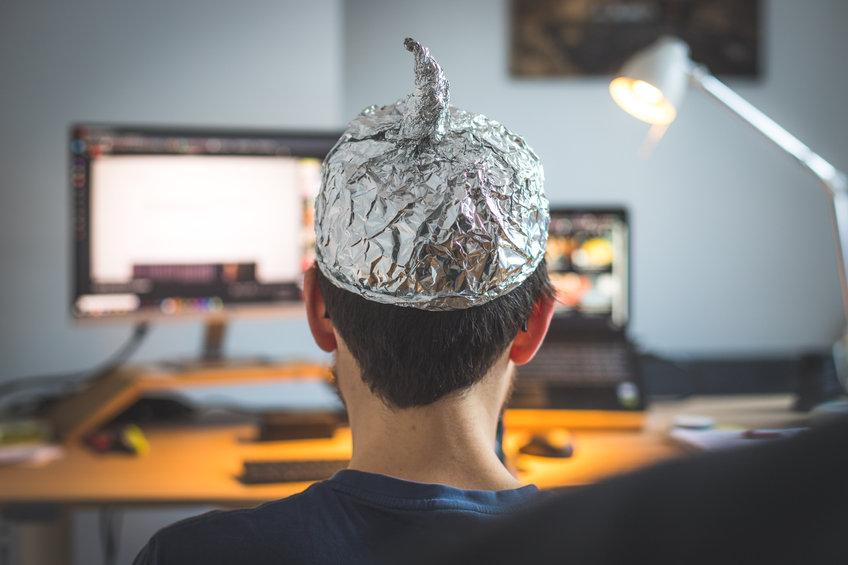 The 46-year-old gas engineer from Plaistow rubbed his face to try and wipe away his anger. The rest of the world just doesn’t get it, he thought to himself.

Colin gets up and switches off the television as it never fails to set him off.

“Why is everyone so gullible?” he asked himself. “Can’t they see that society is nothing but an illusion and The Government is simply trying to control us with all their laws and rules?”

Colin remembers the day when he had his eyes opened. He had been flicking through Facebook and was studying a particularly divisive comment thread where someone had posted a YouTube link. He remembers with pleasure opening the link and realising that what the people were saying made perfect sense.

He didn’t bother to look up the source of the video unfortunately, as otherwise he might have noticed that it was put together by sinister forces with vested interests who made their deliberate misinformation just that tiny bit plausible to hook the gullible like Colin in.

Since that day, Colin devoured every word uttered by this whole new world he had discovered. He said: “For me, it was a real road to Damascus moment and it taught me loads of stuff I didn’t know before like the fact that there’s these lizard people who rule everything and you have to build a hat made from tin foil to keep them from beaming their mind control beams straight into your brain.

“It gives me quite a lot of pleasure to know that I am right and all those people who follow the lying scientific consensus are wrong. The media is just one big lie. And Donald Trump is my hero as he sees through it all and isn’t just in it for personal gain and profit.

“All the rest of the people are just sheeple. They try to say I’m talking bollocks but I now know more than them and I bet they still go around thinking modern medicine is good, the earth is round and that we are being ruled by humans.”

"Stick your carrots up your arses, we want medals," say dressage horses