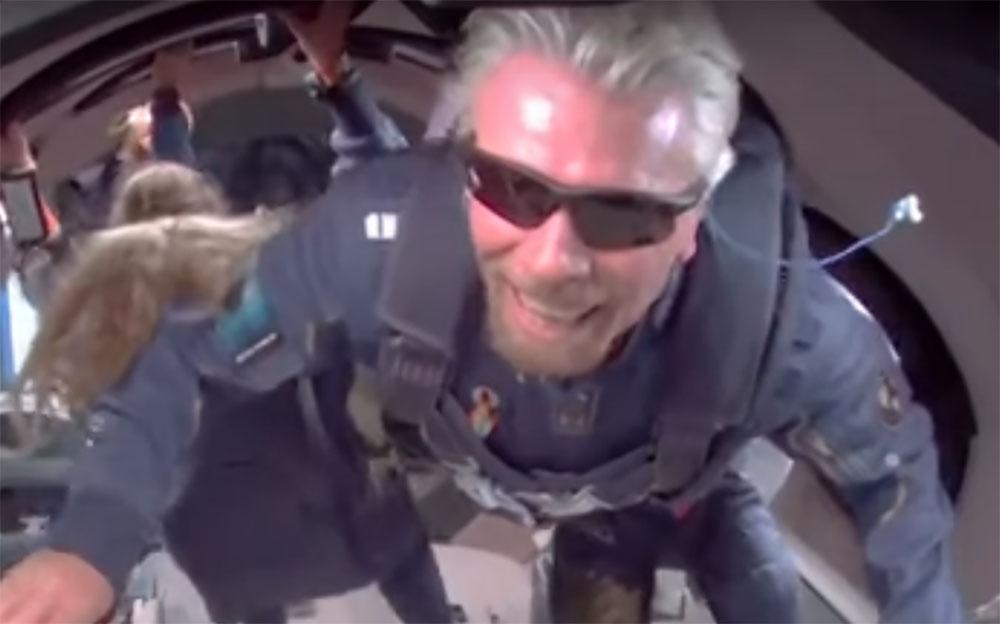 Three friends having a catch-up at a Northamptonshire cafe are currently gripped by fear of saying what they really think about tycoons Richard Branson and Jeff Bezos and their space travel ambitions.

Billionaires Bezos and Branson are each at the heart of their own space programmes, with Virgin tycoon Sir Richard having just completed a sub-orbital flight aboard his Virgin Galactic Unity craft.

Mr Bezos, whose Amazon empire has reputedly made him the richest man in the world, plans a similar flight aboard his Blue Origin New Shepard vehicle within days.

The people in the cafe asked not to be named. All have recently seen news footage of Sir Richard’s grinning visage captured 50 miles above the surface of the earth.

One of the friends, who couldn’t help remembering that only last year the Virgin magnate tried to secure a vast chunk of taxpayers’ cash to help bail out his airline, said: “I’m not going to reveal my thoughts to my friends as I’m not proud of those thoughts and I don’t want my friends to think of me as some sort of monster.”

Another of the friends said: “Nor me. I’m not going to reveal my thoughts at all. I’m just going to try to change the subject - even though I shall never forget the misery of being unfortunate enough to have to use a shambling fiasco of a Virgin train service in the 1990s and spending countless hours at a dead stop in the countryside - not to mention being treated all the while with surly indifference by staff who appeared to be a troop of ineptly-shaved baboons.”

The third friend said: “My brother works at an Amazon warehouse and recently had a disciplinary warning for not running fast enough to put boxes of consumerist crap in the right holes or whatever.

“I won’t be saying what I’m thinking about Mr Bezos and his sodding rocket as it would sound like the ravings of a particularly nasty sadist.”

In the last minute or so, the friends have moved on from discussing the tycoons’ space ambitions and agreed to meet up at one of their homes later for a film.

One has suggested Alien and another Apollo 13, while the third is holding out for an obscure film entitled The Incredible Melting Man, in which an astronaut is dissolved by a horrible alien pestilence.