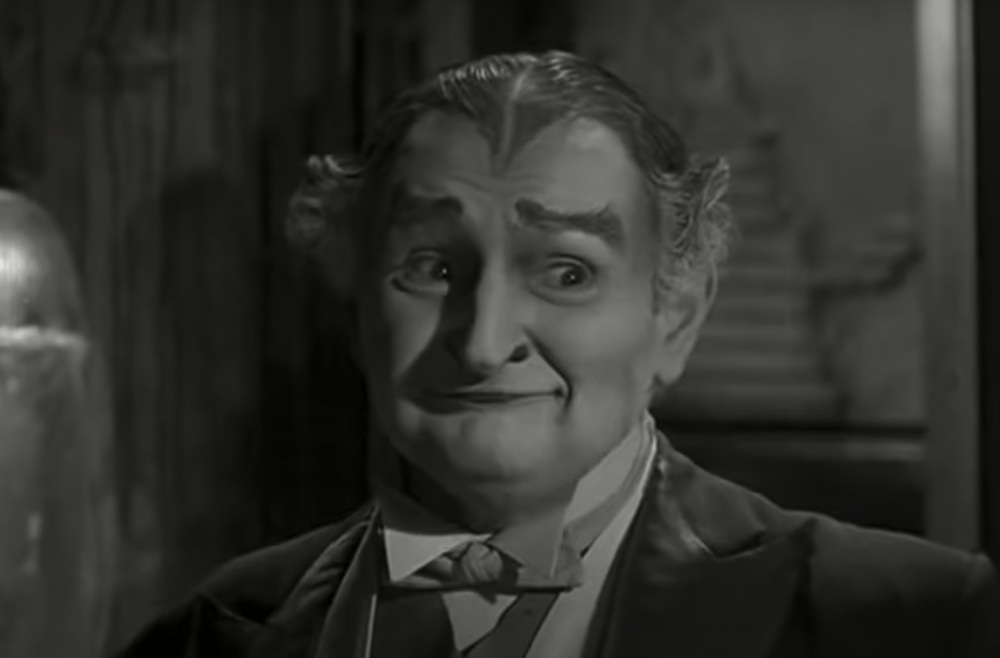 Grandpa, whose real name - as any fan of obscure sitcom trivia can confirm - is Sam Dracula, is outraged at the ongoing comparisons between his appearance and that of the pitiful failed Presidential candidate.

The 434-year-old vampire insists he is a loving, decent and kind man, and therefore absolutely nothing like Cruz, who spends much of his time thrusting his tongue into the anuses of America’s powerful gun lobby in exchange for money.

Cruz, who is also well-known for grovelling at the filthy altar of Donald Trump like a whipped and mangy cur, is an avid opponent of gun control and was due to speak at a National Rifle Association rally in Houston today, in spite of the bodies of the 19 children and two teachers massacred at Uvalde barely being cold.

Grandpa said: “Look, when people first started saying Senator Cruz looked like me, I didn’t really care. I might be from Transylvania originally, but free speech is one of the things about my adoptive country I hold most dear.

“But then, as I came to realise what a piece of shit Cruz is, I started to get angry. And now that he’s still against gun control after what happened to those innocent kids and teachers, I’m not taking it anymore.

“I like to think that, for a centuries-old undead aristocrat, I’m a good man. I’m kind to my daughter Lily, my son-in-law Fred, my granddaughter Marilyn, my son Eddie and my pet bat, Igor, so it breaks my heart to be compared in any way to that rat bastard Cruz.

“The next time it happens, I’ll be speaking to my lawyer, a real good guy who’s been with me since 1863.”