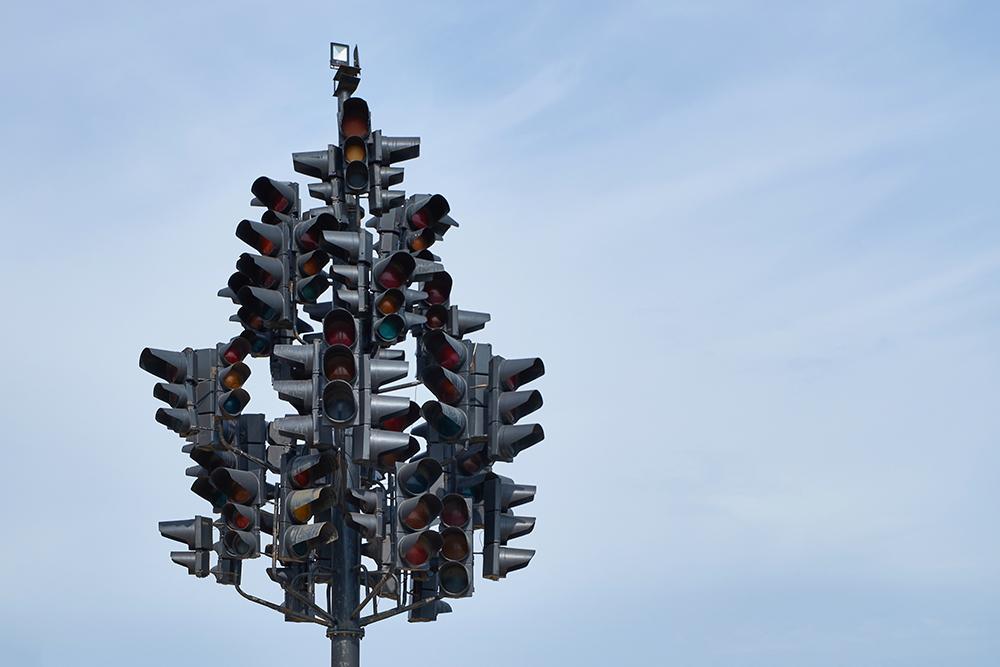 The UK Government is to clear up its confusing eight-tier traffic light system by adding more tiers, it emerged last night.

Instead, a newer, shinier, and much less ambiguous ‘Tangeriney-Greeny Maybe List’ will be added to the existing traffic light system, some quickly-cobbled-together press releases can reveal.

The Government hopes it will help clear up the troubling overlap between the Amber, Red, and Green lights for those destinations where travel is not recommended unless strictly necessary, or the holidaymaker really, really fancies going there.

Other categories the Government is apparently considering adding are the ‘I wouldn’t if I were you’ list, and the ‘don’t even think about it, pal’ top 10.

Both could join the newer, simpler, nineteen-tier traffic light system as early as next week, provided the Daily Mail doesn’t moan about them in the meantime.

A spokesperson for the Joint Biosecurity Centre, the crucial organisation who are advising the Government on advisory notes for travellers, as well as setting the overall threat level from covid, was not available, because the previous incumbent apparently left in June and no one has yet thought it a good idea to replace her.