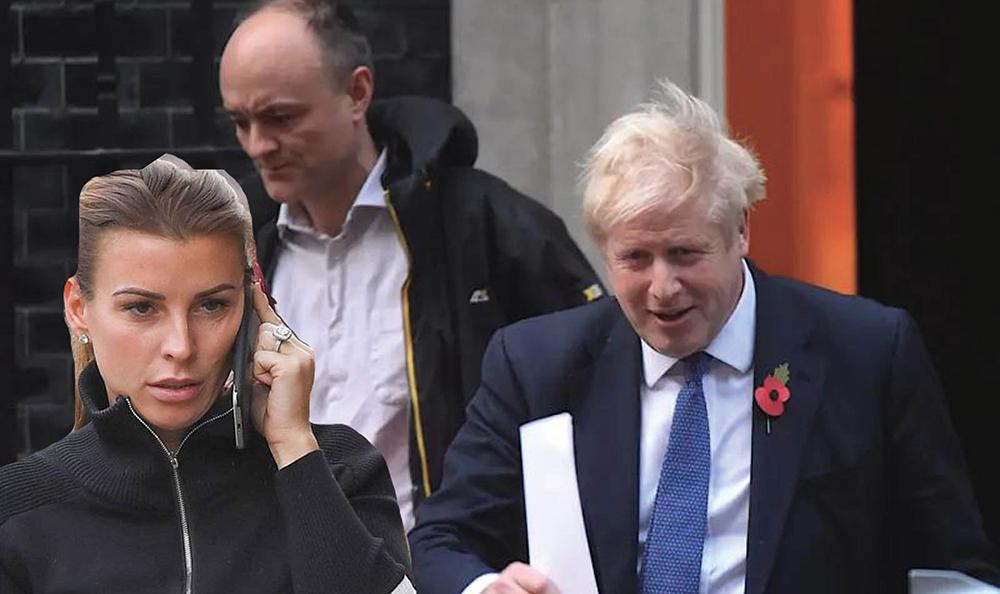 Downing Street has called in the UK’s top investigator Coleen Rooney as it starts its inquiry into the leaks that have been plaguing Number 10.

This comes after several incriminating text messages have been revealed showing that Boris and his cohort of ministerial lackwits are there just to do favours for their bezzie mates - something described as ‘corruption’ by moaning ninnies from those spoilsports from opposing parties.

At the moment former adviser Dominic Cummings, last seen fleeing blindly in the direction of Barnard Castle, is the prime suspect as ‘The Leak’.

Kasha Pfront, a Downing Street spokesperson, said: “We’re at a loss as to who would be so unscrupulous to reveal how unscrupulous we all are at Number 10.

“So we thought we would call in the country’s most famous detective Coleen Rooney, who has form for revealing ‘leakers’ usually through a sensationalised Instagram post.

“It’s obviously far more important for us to find out who the leaker is than actually doing any introspection into the actions that these leaks have revealed. It’s the leak itself that’s the thing here not the contents of the leaks as who cares if Boris sent James Dyson a text saying ‘I’ve got ur back, blud’.

“No, it’s far more important, that we’re all allowed to act with impunity and just lie through our teeth. That’s what Government is!”

Coleen Rooney said: “I reckon it was Rebekah Vardy.”