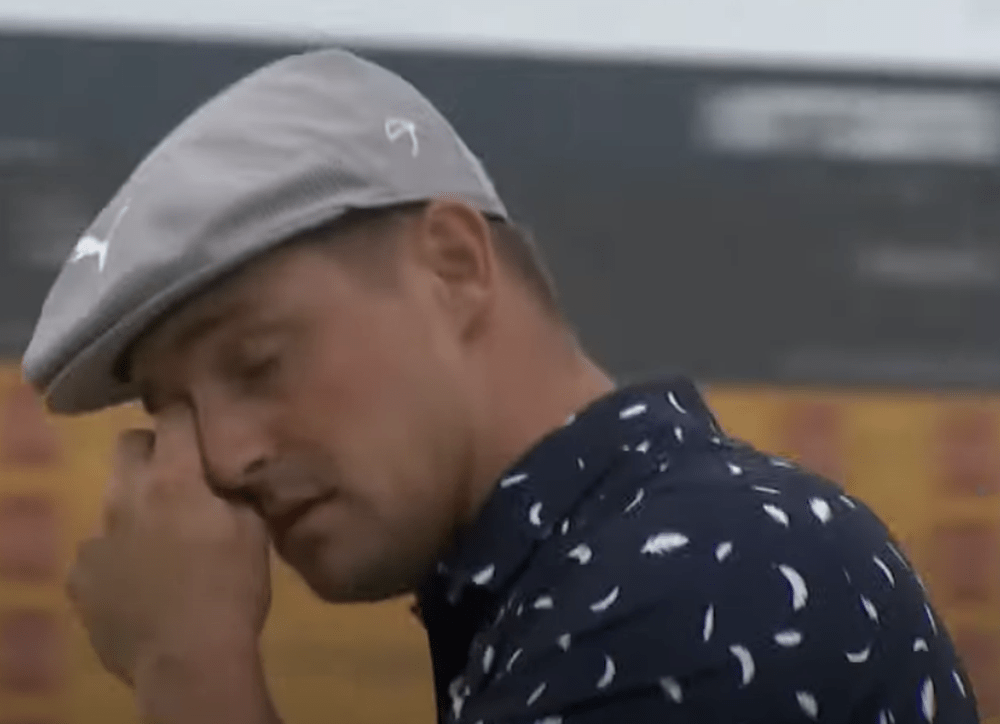 The golfer, 27, threw a wobbly on the course for all to see, after scarfing down two bags of ‘Tangfastics.’

The sports star’s addiction to the sweets is causing him problems in big golf tournaments as he finds himself unable to stop his childish antics.

After seeing DeChambeau’s display on television this week, pre-school headteacher Dora Jar, 62, from Worthing said: “I checked my school’s availability immediately. I thought that KiddlyWinks pre-school could teach him a lot about how to manage his anger, and how to cut down on his sugary snacks.

“I have been in touch with his manager and explained we could create a training programme for him here, with our 4-year-olds. The first thing to do would be to replace his Haribo for some raisins or other healthier sweet snacks that will not send him into hyper-mode. We find our current attendees also love carrot sticks, cucumber and Babybels with their milk.

“Then to work on his stroppiness, we will try giving him a rain stick to hold and shake until he is soothed. We have colouring, music time, story corner and much more to keep him quiet and entertained. And for something a little more on brand, I think we have a couple of sets of those mini plastic golf clubs knocking about in our toy shed.”

But Ms Jar was quick to assure DeChambeau’s manager that she is ‘not one for nonsense.’

She added: “If he starts any of that club bashing, tantrum throwing, or use of foul language with us here, I can assure you his Golden Time will be taken away. If he keeps going, he could find himself with a week’s ban from his choice of free play. I know it’s tough love, and a bit harsh - but I’ve been doing this a long time and it’s the only way they learn.”

DeChambeau will not be Ms Jar’s first famous client, as she previously worked on helping tennis star, John McEnroe, with his behaviour.

She said: “John was difficult – I won’t lie to you. I feel like KiddlyWinks was not the place for him. He needed specialists to harness his angry energy. But I feel confident about helping Bryson. He’s so young and just needs a firm, loving hand to steer him in the right direction.”

DeChambeau is set to join KiddlyWinks’ training programme as soon as he finishes the Open Championship.