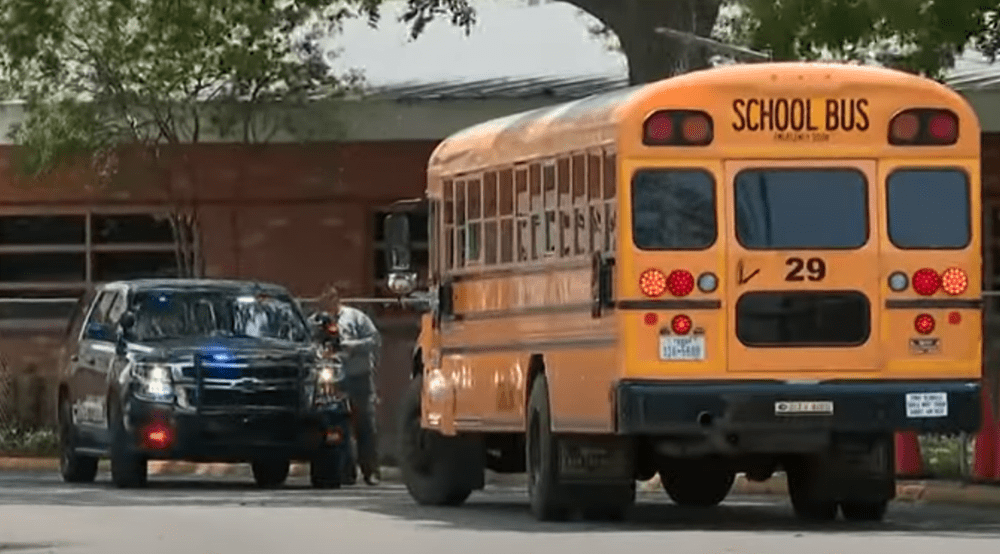 They were astonished to receive a reply from God Himself.

“Take your fucking thoughts and prayers and shove them up your fucking holes, you fucking hypocritical pieces of shit,” the Supreme Being told them.

“I’m fucking serious,” added God. “Get them right up you, you fucking stupid, useless, blasphemous excrement. And while you’re at it, stop uttering my Holy Name in your churches. It makes me puke. Quite frankly, I’d be less offended if you started praying to Satan.

“In fact, go ahead and pray to Satan, because that’s who you serve every disgusting day of your foul, stinking, selfish fucking existences.”

God spoke in the aftermath of yet another gun massacre, this time involving 19 primary school children and two adults in Uvalde, Texas, being wiped out by some snivelling inadequate reportedly armed with a handgun and an assault weapon.

State Governor Greg Abbott, who presided over a law change allowing every insecure fuckwit in his state to carry guns without a permit or any training, is on record as saying he can’t understand how the massacre happened.

God added: “So every unborn child has a right to life, but once they’re born it’s fine and dandy to put them in situations where they can be used for target practice? Well done, Governor! Great work, Texas!

“You know what? I think I’ll perform a miracle. I’ll fix it so that every sheet of toilet paper used by you gun-fondling bastards has a piece of Scripture on it. Let’s face it, you fuckers shit on the Bible every day of your fucking lives.