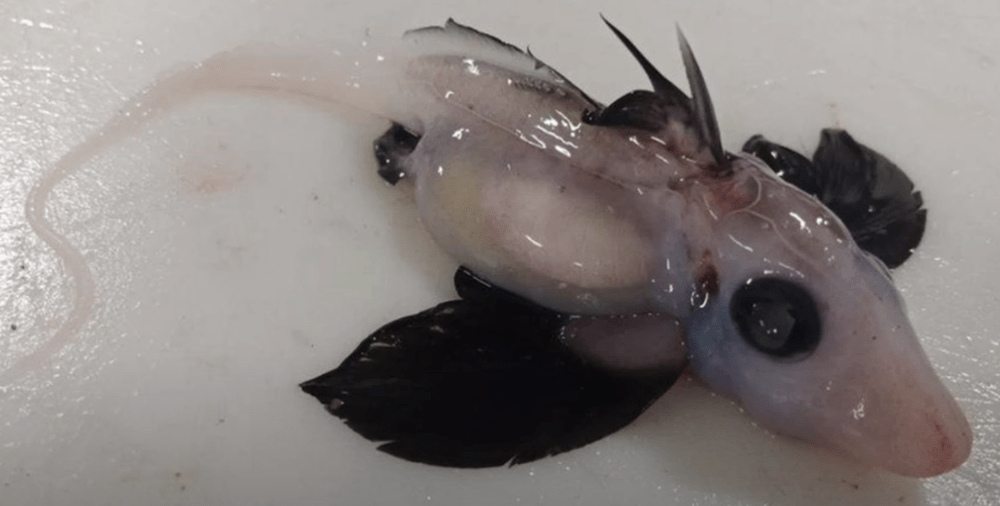 Widespread apprehension and despair have broken out across the nation after New Zealand scientists discover a rare baby Ghost Shark, which will undoubtedly need its own verse in the infamous Baby Shark song.

Outraged members of the public have taken to online forums to voice their opinions on this recent discovery, and their thoughts around the possibility of the Baby Shark song being dredged back up.

Arthur Brain, 35, from Lincolnshire said: “I’m happy for the little fella, don’t get me wrong but it’s the fallout from this that I’m dreading. I have two little ones at home, and it took me five months to get the bastard earworm out of my head the first time around! Five fucking months. I ended up slowly slipping into madness.

“My kids would play it on YouTube at home constantly and had a CD for the car too, so there was no escape. I suffered from insomnia as my partner had started sing-whispering it in her sleep and I had to lie awake hearing it all night. I was constantly irritable and would be on the verge of a breakdown every time an oceanic documentary would be on the telly. Aquariums were a no go as you can imagine, and my life was miserable.

“This news of the Ghost Shark discovery just brought all the previous trauma back. I mean, it’s not even a real shark, it’s a fish. I’m just about ready to get a harpoon, travel to New Zealand and go all Captain Ahab on its ass myself. I CANNOT go through this torment again.”

The younger generation, however, seem thrilled by this new discovery. A group of children from a school in London have started campaigning to get their baby Ghost Shark verse sent over to South Korean educational brand Pinkfong, who released the original track back in 2017.

9-year-old Jessamy Flops, from Chelsea said her schoolmates started working on a new verse immediately after hearing the news about the Ghost Shark.

She said: “This is the best thing that has happened to me since my parents bought me my third pony last week. Me and my best friends have come up with an extra part of the song. It goes after the bit about Grandpa shark.”

Miss Flops has shared the lyrics below:

Jessamy’s mother, Prunella Flops said: “My husband and I are so proud of little Jessamy and her friends. This next verse they have come up with is so original, so inspired! We wish them luck on their mission to get this released as part of the official song!”