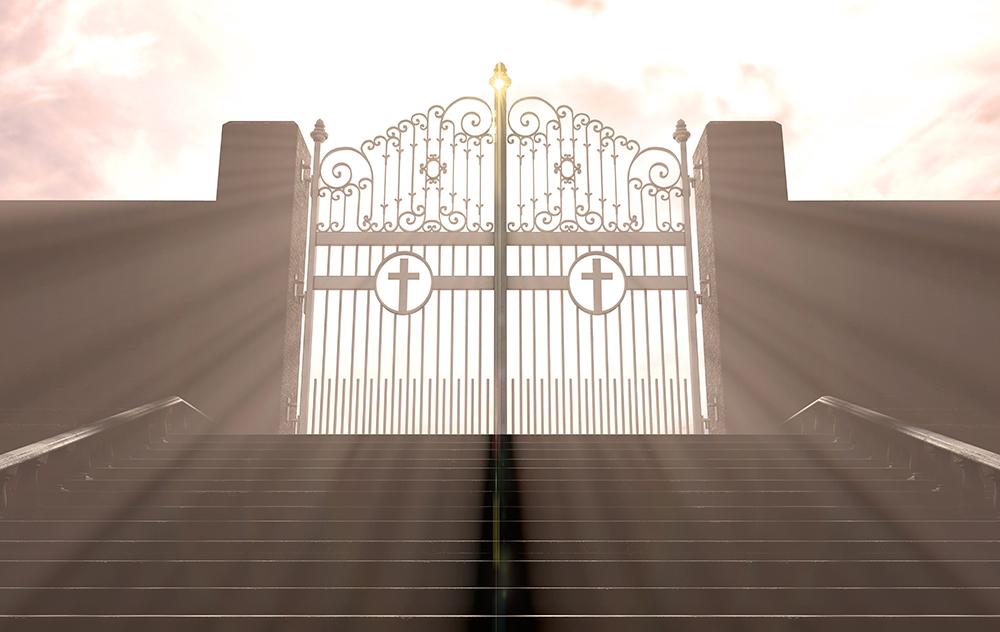 “I’m very disappointed in St Peter, to be honest,” said religious fundamentalist and vaccine refuser Mr Gerald Martin today as the gates of Heaven clanged shut in his face.

“I demanded to be allowed in but all he told me was that I shouldn’t have been such an arse.”

The civil servant had not long since arrived from the Berkshire covid ward where he died of the illness, which he contracted after refusing vaccination on the grounds that the pandemic was a plot by godless scientists or some such bollocks.

Unlike many fellow members of his faith - and indeed its founder - he never quite got to grips with concepts such as love, kindness, tolerance, mercy and judging not lest he be judged.

Mr Martin added: “As if being denied my Heavenly Reward were not bad enough, I saw several people from other religions, not to mention a woman I strongly suspect of being gay, welcomed into the Hereafter with open arms and great rejoicing.”

A spokesperson for the Kingdom of Heaven initially doubled down on the decision to deny Mr Martin entry, saying: “If these people believe in the Boss so heartily, why do they insult Him by failing to engage the brain He gave them. If He didn’t want people to use their brains, he would’ve put something else between their ears instead. A geranium, for example, or fairy lights.”

However, it was later confirmed that Heaven would admit Mr Martin and many others like him after all. The spokesperson explained that it was an act of mercy not only to the deluded and daft, but also to the Devil, who is apparently sick of them arriving in droves.