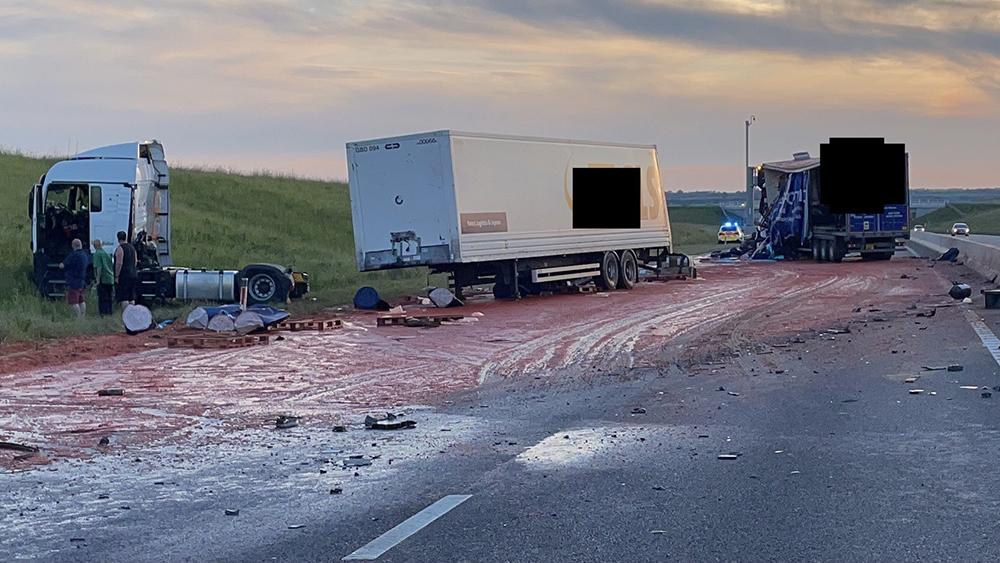 A traffic jam still covers virtually the entirely of Cambridgeshire nearly 48 hours after a lorry jack-knifed and spilled tons of tomato puree on the A14 near Godmanchester.

Nobody was seriously hurt and the lorry and puree were cleared within hours, but a news broadcast of something resembling blood all over the road was enough to attract thousands of lawyers in search of prey.

Many of the lawyers have now left their vehicles in the hope of feeding, and there are reports of householders cowering in their homes as the terrifying creatures stalk the streets and countryside. The air is said to be unnaturally frigid with their hissed calls of: “Bloooood! Whiplasssshhh! Compensaaaaaattttionnn! Moneeeyyy!”

A Highways England spokesperson said: “We’re monitoring the situation closely and haven’t ruled out asking the UN to declare the entire county a disaster zone and begin airdrops of vital provisions.

“The roads are so clogged with lawyers that essential supplies can’t get in, and shop shelves are being stripped bare by the terrified populace. It makes the height of the pandemic look like the Teddy Bears’ Picnic.

“It seems that as soon as the lawyers saw the news footage of the A13 ankle deep in something resembling blood, they didn’t even bother to listen to the details before setting out for Cambridgeshire.

“They’ve come from as far away as the farthest reaches of Cornwall and the Highlands of Scotland in search of death, mutilation and misery to exploit for profit. We’ve heard claims that a few of the oldest lawyers didn’t even come here in cars but rather flew in on their own leathery wings, although we’ve yet to confirm that.

“Only this morning a frightened father called and said his son had woken at three in the morning to the sound of a lawyer tapping on his upstairs bedroom window with inches-long fingernails as eager drool dripped from its fangs.

“He said it was like that scene in Salem’s Lot - except waving a crucifix at it didn’t work.”