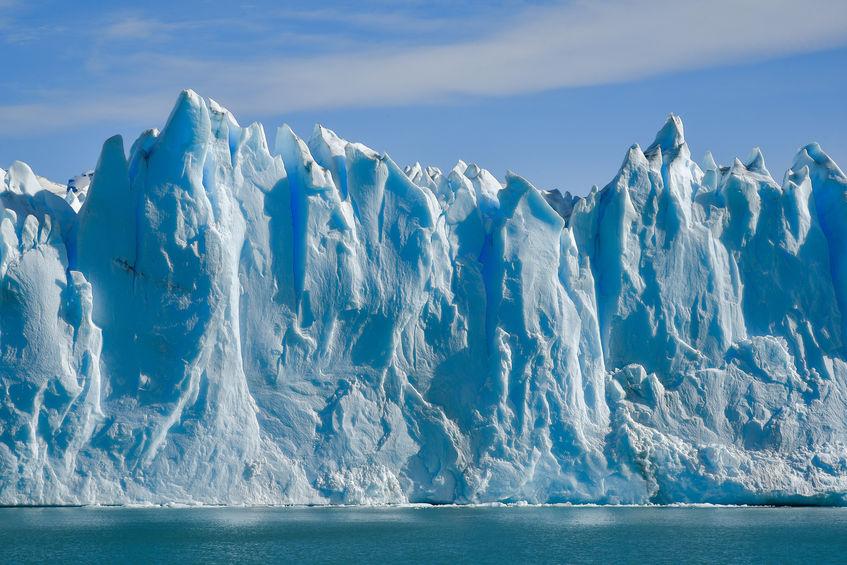 Flat Earthers across the globe were said to be inconsolable yesterday when one of their brethren finally stumbled upon the infamous ‘ice wall’ that - according to Flat Earth boffins - surrounds the flat planet to stop the water falling off the edge.

However, they were unable to stop off at the gift shop to buy some proof to send to doubters back home, as they’d forgotten to bring their face masks.

Derek Da Gama, who led the three-man expedition when he set out last month in his fishing boat, is a leading expert in the field of ‘Flat Earth Theory’.

This is a theory that all theoretical physicists, mathematicians, astronomers, cosmonauts, NASA, the former Soviet Space Programme and various other seemingly diametrically opposed opposites all the way from Eratosthenes right up to Prof Stephen Hawking have basically all been in some vast international co-operative conspiracy across the millennia to hide the actuality of the Earth being Flat, for reasons and motivations presumably best kept to themselves.

Mr De Gama said: “Us flat Earthers have known the truth since Galileo’s day. But don’t just take our word for it - explorers aeons ago told tall tales of ancient vessels disappearing and never to be seen again!

“Of course, if you believe the so-called ‘history books’ you’ll just chalk this down to hazardous seafaring conditions and the more primitive navigation systems they had back then, but us Flat Earthers know the real truth – and that’s that they fell off the edge of the Earth. It’s the only thing that makes sense.

“This is why, sometime in the mid-twentieth century, we think – authorities put up the ice wall right around the planet, because they were worried our seas were shrinking too fast and we were going to lose all our water. Then they assigned a bunch of CIA agents dressed as penguins to protect it, and even brought in Sir David Attenborough on the scam, having him film a bunch of bullshit about glaciers and ‘rising’ sea levels to help with the cover up.

“So naturally I was delighted to reach the Ice Wall, and see it rising in all its majesty.

“And, as it was part-funded by the Walt Disney estate, they insisted on installing an Ice Wall gift shop – so here was my chance to prove to my doubting wife, friends, kids, and former science teachers back home how right I was!

“I could send them a bloody postcard, postmarked ‘Ice Wall’! Honestly, I could have kicked myself when I realised I’d forgotten my face mask and therefore wasn’t allowed in.”

One thing the Flat Earthers are adamantly not in denial about is COVID-19, as Mr Da Gama added: “Oh no, that’s real. And potentially deadly. All those idiots going around saying it’s a hoax, despite all the evidence all around us worldwide? Well they’re just making shit up to get attention, aren’t they? Bloody lunatics!”