Experts warn of up to 7,000 Government Briefings a day this Winter 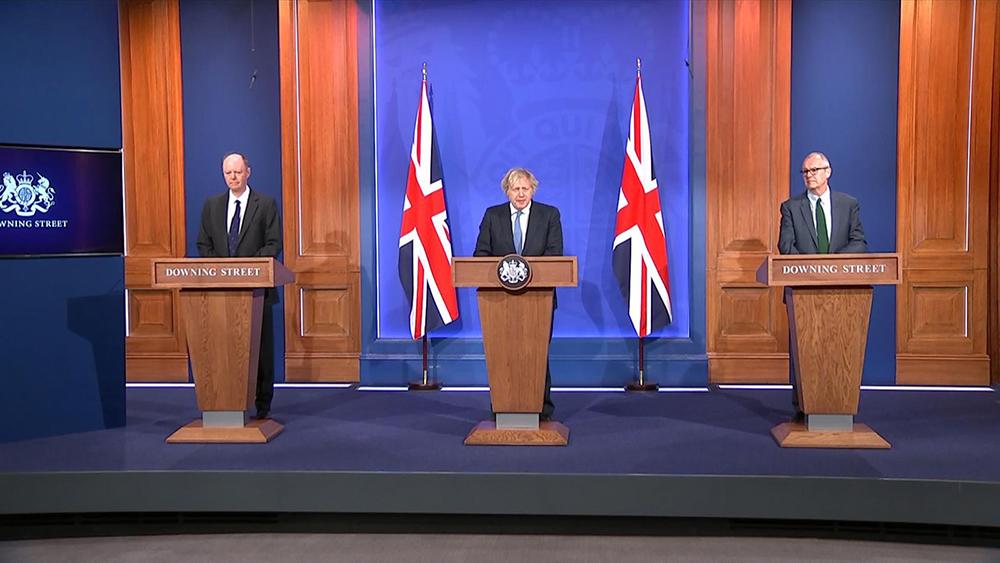 A stark warning has been issued that Britain could face multiple Televised Government Briefings a day this winter, unless it takes action now to fill up the schedules with Come Dine with Me repeats.

Ben Boffin, a Boffin at the Boffley Institute of Frowning Knowledgably at Medical Graphs, said: “We’ve been analysing the data and concluded that although there has thankfully been a stabilisation in recent months of the number of Government Daily Briefings on our telly – these are highly likely to swell up again around mid-October.

“Unfortunately, we’re facing a perfect storm at exactly the wrong moment: people are returning indoors due to the worsening weather, networks are seeing falling television ratings for all non-submarine related shows, and Britain has a PM who can’t keep his story straight for five minutes, let alone 24 hours – meaning multiple Televised Government Press Briefings are extremely likely. Possibly as many as 7,000 a day.”

Channel 4 has already vowed to take action against the potential schedule-swamping whims of the government with a counter-surge of B&B-based reality shows, and C5 similarly committed to non-stop repeats of 90s sitcom ‘Friends’.

Meanwhile the streaming giants also promised to help Britain get through another tough winter of constantly hearing contradictory announcements from Boris with its own distractions.

Netflix immediately commissioned 200 more questionably-accurate, historical ‘docu-dramas’ , featuring more gratuitous boob than ever before, and Amazon reaffirmed its commitment to ridding Planet Earth of Jeff Bezos as soon as possible.

And, whilst the warnings of wall-to-wall Prime Ministerial announcements have caused fear and angst in many, Podium-Polish manufacturers have reported a record bump in sales.

“This is a great time to be in the booming Podium-Waxing and Polishing Industry,” said Andrew Waxon, a 4thgeneration Podium Pimper. “Demand has never been higher. The PM even keeps a fold-up model in his pocket for emergencies.”