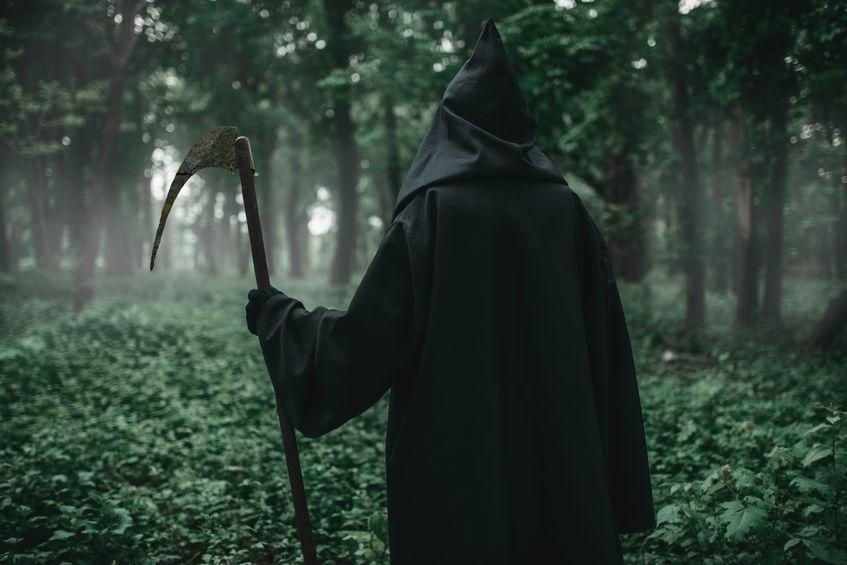 In a near tearful rant The Grim Reaper has threatened bosses that she will simply lay down her scythe unless her working conditions are improved.

This comes amid a massive increase in her workload due to a worldwide pandemic that has killed nearly one million people already this year.

The Grim Reaper said: “I’VE HAD SEVERAL CONVERSATIONS WITH HR ABOUT THE SITUATION BUT NOTHING HAS BEEN DONE ABOUT IT.

“IT’S NOT EASY SHUFFLING SO MANY EXTRA PEOPLE OFF THEIR MORTAL COIL BUT DO I GET PAID ANY OVERTIME? DO I BUGGER!”

The personification of Death has also had her request for a week’s holiday denied by the higher-ups and is now threatening to go on strike unless she is given better working conditions.

She added: “I’VE LITERALLY BEEN WORKING MY FINGERS TO THE BONE AND HAVE NOT HAD TIME AT ALL TO CATCH-UP ON THE LATEST SERIES OF THE UMBRELLA ACADEMY ON NETFLIX.

“AND NOW, BECAUSE OF HUMAN STUPIDITY, WE’RE LOOKING AT A SECOND WAVE OF THIS SILLY PREVENTABLE PANDEMIC ACROSS THE WORLD AND IT’LL BE MUGGINS HERE WHO HAS TO CLEAR UP THE MESS. THERE ARE EVEN SOME HUMANS HELPING ME BY CLAIMING IT’S ALL A HOAX - ALTHOUGH I DO ENJOY SEEING THE LOOKS ON THEIR SURPRISED FACES WHEN I COME TO CLAIM THEM AND THEY REALISE THAT THEY’VE BEEN CONNED BY A MAN IN A TURQOISE TRACKSUIT.

“THEY ALL KNOW THAT I’M GOING TO BE BUSIER THAN EVER OVER THE NEXT FEW YEARS ESPECIALLY WITH THE PLANNED ENVIRONMENTAL APOCALYPSE PENCILLED IN FOR 2028 SO ALL I’M ASKING FOR IS FOR SOMEONE TO GIVE ME A BREAK.

“I BLAME MY FELLOW HORSEMAN OF THE APOCALYPSE - PLAGUE. SHE’S HAVING A RIGHT LAUGH AT MY EXPENSE AND ALL BECAUSE I FORGOT TO GET HER A GIFT LAST YEAR IN THE OFFICE SECRET SANTA.”

But her threats to go on strike have been met with fiery condemnation by protestors in hell who have been loving the extra souls coming their way. One demon was even seen holding a placard outside the Pearly Gates saying ‘No Skiving for Scythers’ which the heavenly host did agree was quite clever.