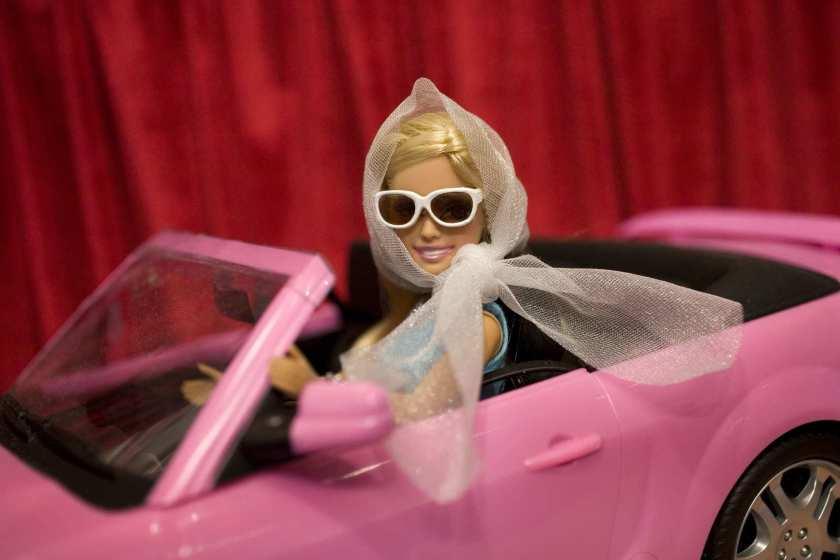 “I don’t know if I can take any more,” sighs exhausted single dad Gareth Hudson, as once again for the hundreth time that day he is led by his two daugthers wearing fairy princess outfits by nerfpoint to the Barbie Dreamhouse (TM).

His eldest daughter, eight-year-old Amelie, motions with the Nerf gun for Gareth to get down on his knees before the Dreamhouse to start playing.

At the same time, still holding her Nerf gun in a threatening manner, his six-year-old daughter Erica, hands him a Malibu Barbie and growls menacingly for him to start moving the doll about as if she’s walking around the house.

“Now do the voices!” she demands.

Gareth, 42, of Blackpool, starts moving the Barbie through the house and speaks in the highest voice he can muster. “Oh my, isn’t it a lovely day!”

“NOT LIKE THAT! DO THE VOICE PROPERLY!” shouts Amelie.

Gareth, who is a successful solicitor at a popular local firm, says: “I don’t know how! That’s the girliest voice I know.”

“SHE’S MURICAN. DO IT IN HER VOICE DADDY!” demands, a now very angry Amelie.

Gareth’s expression looks pained as this is an exact repeat of several conversations he had had with his daughters that day. He says: “Okay, urm, let me try, Hi, I’m Malibu Barbie. How are you?”

For a moment, Gareth thinks he might be able to get away as he spies an iPad lying within his reach. An iPad with its easy promise of Minecraft and Roblox bound to keep any young girl occupied, but then he remembers that there’s two girls and only one iPad, and his heart sinks.

Putting on his best Californian accent, and knowing he’ll spend the evening once they’re in bed curled up in a ball as a shaking mess in a darkened room, he says: “Now, where did Ken get to?”