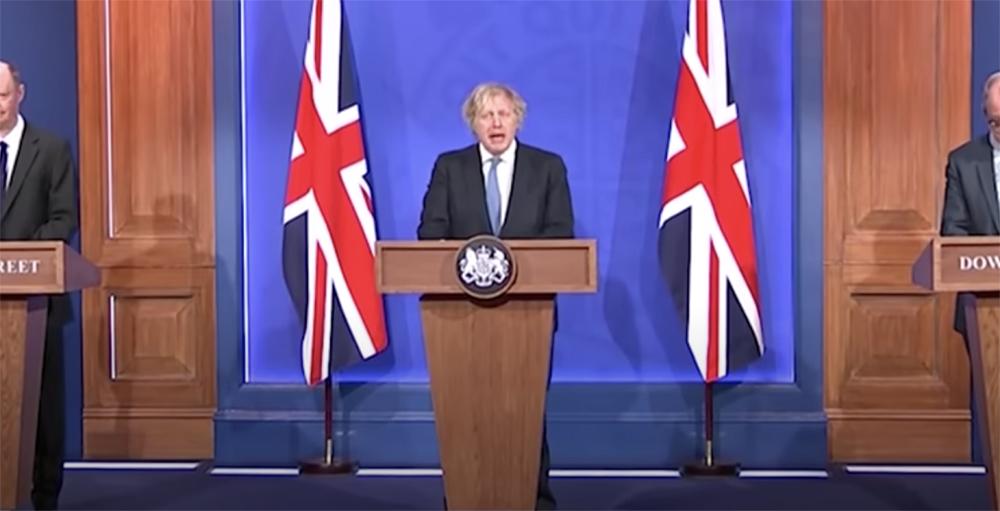 Professor Chris Whitty, the jam-hot boy from the Big Bad City, met with his scientific peer and dub-step partner Sir Patrick Vallance again last night -  the latest in a series of secret meetings between the pair -  which the News Elephant can exclusively reveal thanks to pressing an upturned cup against a neighbouring wall.

The dynamic duo, who are the country’s leading medical boffins and official advisors to the Government on all things virus-y, had a literal round table meeting at Sir Patrick’s home in Camelot (a very silly place in the heart of 6th century Wessex) to talk about their colleague and occasional paymaster, UK Prime Minister Boris Johnson.

During the meeting it emerged that even though The UK has spent the past 14 years in lockdown, both Whitty and Vallance are extremely worried Boris is about to throw all caution to the chimney sweep this summer and encourage all Brits to start taking part in mass gatherings again - such as festivals, sporting events, and sacrificial badger slaughterings - and on top of that launch some sort of ‘traffic light system’ for holidaymakers.

The Prime Minister is under immense pressure to ease current Coronavirus restrictions as quickly as possible because every morning at work Chancellor Rishi Sunak makes the ‘money’ gesture at him and looks at him very judgementally.

But Whitty and Vallance have become convinced that allowing everyone to travel abroad and attend popular sacrificial ceremonies again will inundate the UK with new imported Coronavirus variants and cause a third wave in the summer, and have therefore spent the past few weeks trying to talk Boris out of doing too much too soon.

They’ve also advised the PM against spoon-feeding the British public inevitably flawed promises that will inevitably bite them back later such as telling everyone their lives will be completely back to normal come the magical date of June 21st.

However, realising all their warnings to the PM amount to bobbins when he’s faced by angry back-bench gammons with shareholders to please, they made the compromised decision to just distance themselves from Boris instead, literally.

“Then it’s agreed! We’ll shuffle our podiums a few inches outwards every single day” said Whitty, who sounded like he was disguised in a large floppy hat and oversized Jackie Kennedy sunglasses. “It won’t stop the third wave, but at least when the hospitals are clogged again we’ll be able to look back and say, ‘Don’t look at us - we weren’t even in the room where it happened.’

“The room where it happened?” replied Vallance, musically.

Under-30s to be offered alternative to Matt Hancock