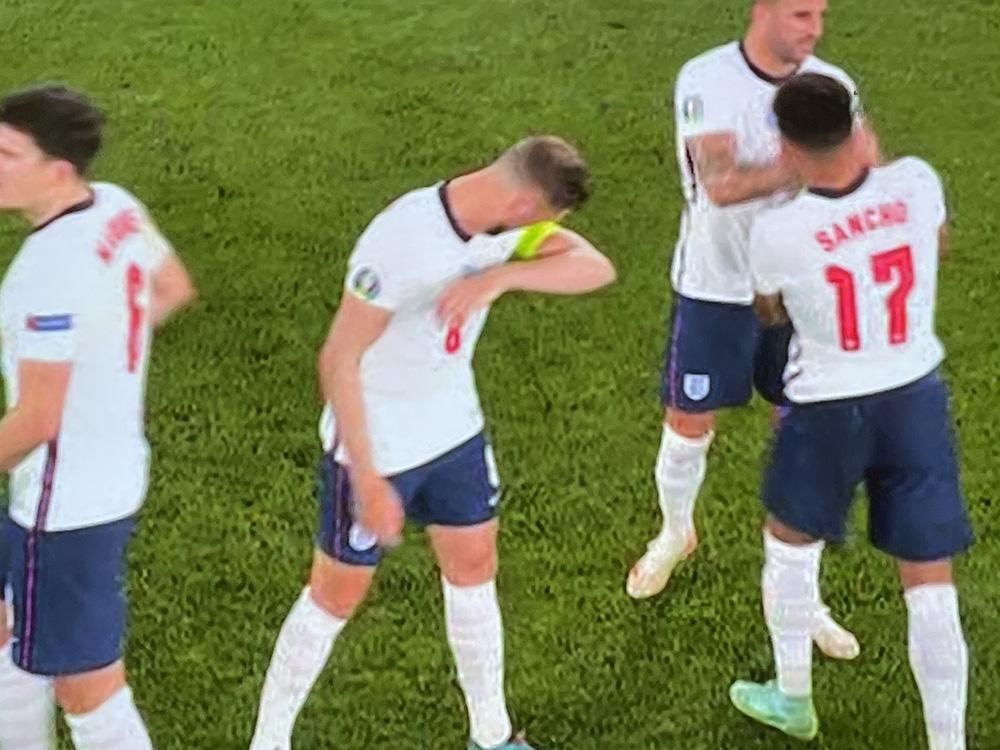 An embarrassed England team had to walk off the pitch after their stunning victory over Ukraine with their hands over their shorts after they all got a semi.

The incident happened after they managed to get through to the last eight with a convincing 4-0 win over the Ukrainians during Euro 2020.

Captaiin Harry Kane, who scored two goals for the national side during the match, said: “It happened to all of us. One second the team were all playing football, but then the final whistle went and we all suddenly had semis.

“It was embarrassing for all of us and we all just carefully walked back to the changing rooms hoping that nobody noticed, as these shorts don’t leave a lot to your imagination.”

The team will now be preparing for their game against Denmark and manager Gareth Southgate is preparing his team to not make the same short bulging faux-pas if they win that game.

He said: “Normally, I would tell them to lie back and think of England but apparently that just makes the swelling worse.

“What is really scary is if they win against Denmark and the entire team leave the pitch with full on hard ons.

“We will be showing them lots of different images in preparation so there’s no protuberances at the end of the next game including making sure they’ve got Matt Hancock’s arse-grabbing incident indelibly etched on each of their minds as that’s enough to make even the most hardest cock go soft.”