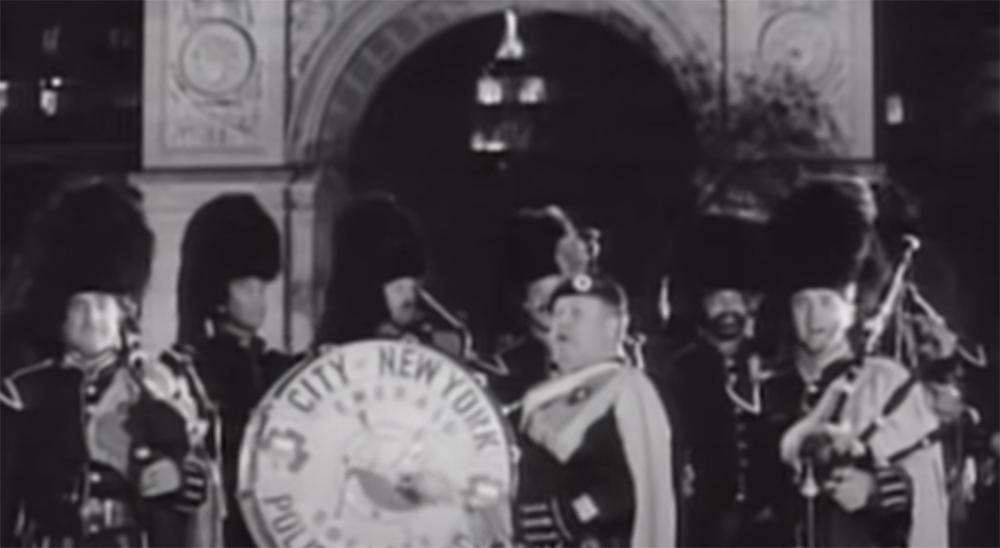 Hearing the boys of the NYPD Choir singing Galway Bay today alerted experimental physicist Professor Rudy Wells to the fact that he had opened a time window.

“It’s quite remarkable,” he said, “especially when you consider that I was only trying to find a way to make the office cupboard beep when we were running low on Pot Noodles.

“Anyway, according to the co-ordinates, the window opened into a shabby New York bar one Christmas in the 1980s, where a couple of drunken lowlifes had just had a row. Apparently she’d shouted a homophobic slur at him and he’d shouted a misogynistic one at her.

“The woman said neither of them should be using words like that, and he asked why. She said they were disgusting and offensive but he said it was the 1980s in a New York dive bar and lots of people talked like that.

“She said that was no excuse and didn’t make the words any less horrible, and asked him how he’d feel if people living, say, 30-odd years in the future could hear what they’d just been saying to each other. In fact, she added, how would he feel if it were broadcast on the radio?

“The man said he hoped people in the future would understand that sometimes people in the past behaved in ways which seemed horrible - and which indeed quite often were horrible. He added that if the horrible words were too nasty, ignorant and casually bigoted for the people of the future, he hoped they would be banned from being on the radio.

“The man said, ‘That’s the most ridiculous, patronising, hypocritical, insulting, offensive thing I can possibly imagine. It would be like saying all the old people thought there was nothing wrong with the horrible words and all the young people were too weak to hear them.

“Then they went off for a drink.”