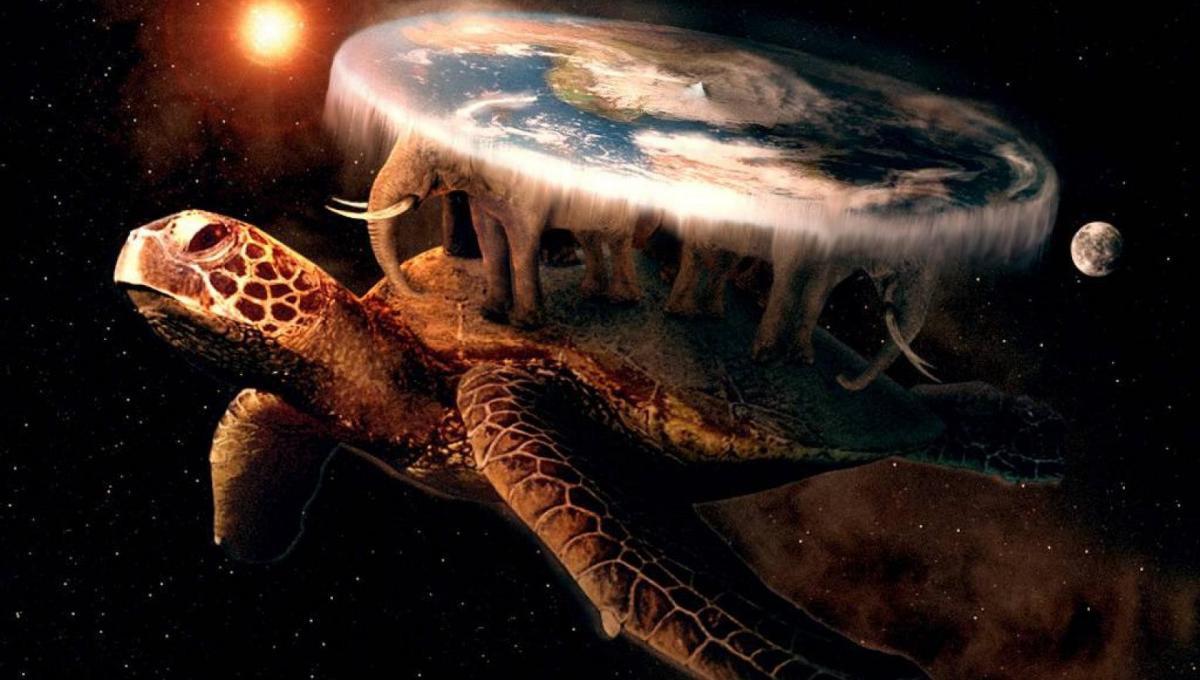 “I think there might be some truth in it,” said arresting officer Corporal Nobby Nobbs of the Ankh Morpork City Guard.

“I mean, it’s pretty ludicrous when you think about it, that Discworld is actually a disc carried on the back of four elephants who are in turn standing on the back of a massive turtle swimming through space.

“It’d make much more sense if the world was in fact a ball slowly moving in orbit around a sun due to its gravitational pull.”

Captain Vimes looked at his subordinate who was slowly leading their prisoner back to the Watch headquarters for interrogation through the streets of Ankh Morpork.

Always alert, he could see that a fight was about to break out at a nearby dwarf tavern. Nothing out of the ordinary there then. If there wasn’t a fight there would be something wrong.

The captain cleared his throat stopping Nobby from continuing his monologue. Gruffly he said: “Our purpose is to keep the peace and this man wasn’t keeping the peace. Quite the opposite in fact especially after he tried to spread manure out in the sentence ‘We’ve had enough of experts’ outside the gates of the Unseen University.

“These conspiracy theorists seem to be multiplying but I know for a fact that our world is a disc. I’ve even met a so-called wizard who nearly fell off the edge of the disc and he reported back that there were indeed four elephants carried by a massive turtle.

“Just lately, they seem to be protesting more. About what I don’t know. What exactly can we do about it? But I for one have had it up to here with them and so has everyone else.”

“Up to where?” asked Nobby. “You should really specify with a hand signal rather than just saying. Otherwise it’s quite vague.”

“Up to here!” answered the Captain, holding his hand just below his chin.

“So only up to your chin then? Not all the way then. Thank you for being specific.” said Nobby.

“Now,” Captain Vimes said in a deep voice giving Nobby one of his stares and pointing at the prisoner. “Are you going to believe me? Or are you going to take the word of a man who wears a duck on his head?”

The Duckman, who is known throughout Ankh Morport as one of its most important beggars, and is almost always coherent apart from the duck on his head, looked around at hearing the duck mentioned.

He said: “What are you talking about ducks for? I’m always having people going on about ducks when I’m around for some reason. I think the lot of you must be quite insane. Now take me to your interview room so I can regale you about that conspiracy that the plague doesn’t actually exist and all of the dead people are in fact actors who are very good at lying very very still.”

In silence the parade of two watch officers and their prisoner continued along Ankh Morpork’s cobbled streets to the Watch headquarters in Pseudopolis.

Vimes thinks to himself ‘another day, another spot of madness’.