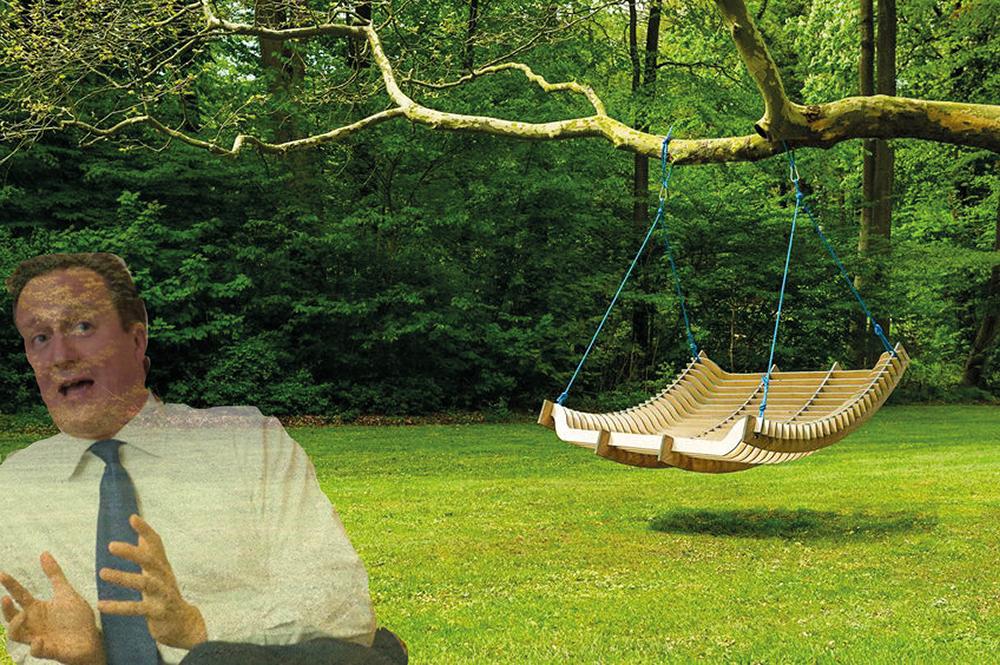 Mr Cameron, best known for Austerity, having one of those annoying shiny faces, flouncing off in a big strop when he didn’t get his way and allegedly indulging in some off-colour lobbying among his Tory chums, is understood to have been walking with a wealthy business associate in the bright sunshine of the latter’s enormous Home Counties garden when when the strange fate befell him.

The friend said: “It was as extraordinary as it was frightening. One moment he was there and the next he seemed to fizz a bit and become translucent.

“A fraction of a second later he was gone. There was nothing left of the ex-Prime Minister apart from his empty clothes and a few dental fillings, all in a heap where he’d been standing.

“The last thing I remember him saying, just before he started to vanish, was, ‘Damn, forgot the Factor 50.’”

Because of Mr Cameron’s status, his disappearance is being investigated by the National Crime Agency.

A spokesperson said: “We shall look at every aspect of this case and be completely open and honest about the proceedings.

“After all, as Mr Cameron himself famously said, sunlight is the best disinfectant.”