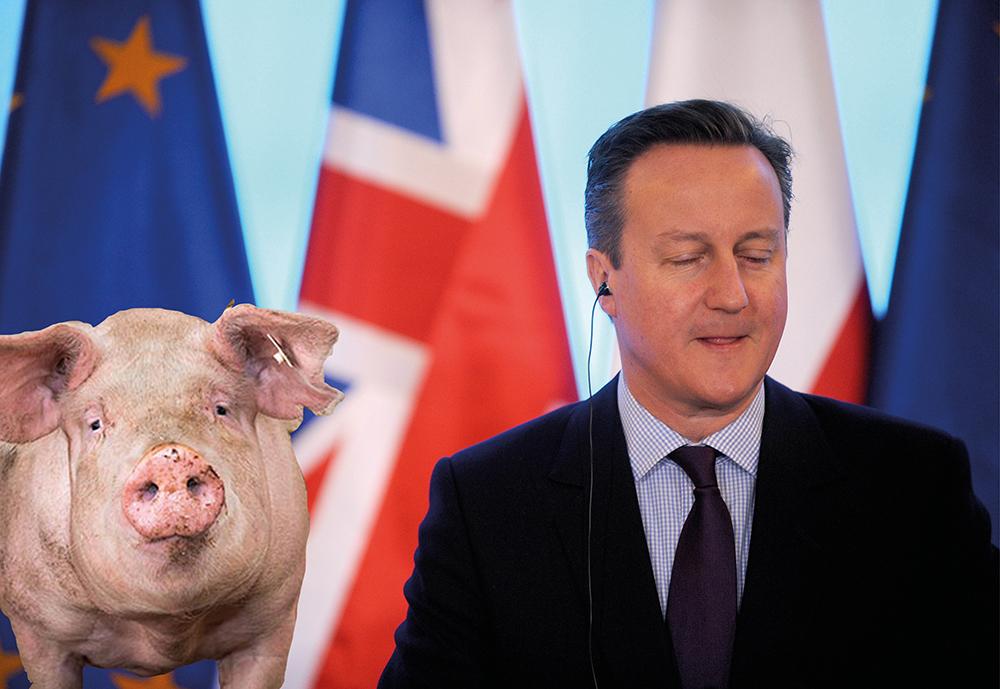 It has been reported that former Prime Minister David Cameron is distraught over warnings that the UK could see a mass pig cull due to abattoir worker shortages.

An anonymous source said that Mr Cameron was seen breaking down in a local delicatessen when the news broke out on the radio.

An estimated 600 pigs have already been shot and the National Pig Association warn that mass culling would be the ‘next stage.’ Boris Johnson has been accused of not taking the prospect of a national pig cull seriously.

David Cameron was overheard saying ‘it was such a blow’ for him to hear about this threat to the lives of healthy pigs in the UK, and that he ‘didn’t quite know where to put himself.’

The anonymous source added that former Prime Minister was later seen at The National Pig Association Headquarters in Stoneleigh Park and was reportedly attempting to ‘join the cause.’

A representative of The National Pig Association said: “Well we couldn’t believe our eyes when we saw him on the intercom camera. We - of course - didn’t even let the fiend in the building. I called my office manager over as I was not sure it was really happening!

“When he explained that he wanted to join forces and help us fight for pig-kind, my manager lost it. She called security to escort him off the premises and shouted down the intercom ‘You must be flaming joking! We don’t want your kind in here. Get out!’”

Mr Cameron was asked about his brush with The National Pig Association but did not wish to comment on the matter.

Frazzles, a 10-year-old pig from Wiltshire said: “It’s too little too late for David Cameron now! He visited our farm a few years ago and then that was it. He never called or texted – not even a letter. Our farmers have received no piglet support payments from him either! I wash my trotters of him now.”

Tree and leaves no longer on speaking terms after fallout