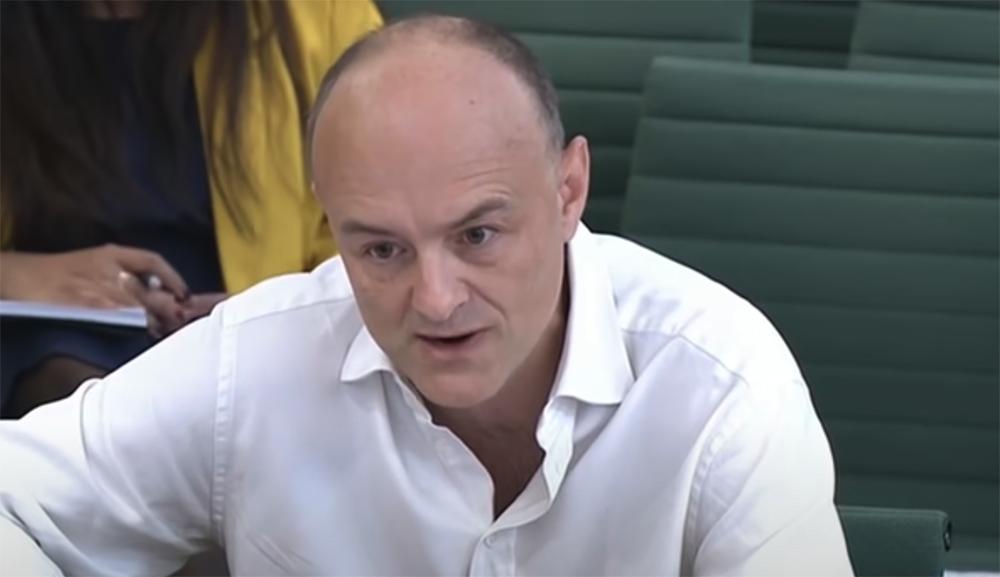 Dominic Cummings has been officially stripped of his former status as a scheming Machiavellian villain.

According to the Cambridge University-based Committee for Classifying Arseholes (CCA), he has been going on and on so boringly lately about his time advising Prime Minister Boris Johnson that he’s been downgraded.

CCA chair Professor Gwendolyn Peebles said: “Mr Cummings, for all that he was very Machiavellian and villainous while working at Number 10, and somewhat Machiavellian and villainous when be blatantly used his appearance before that panel of MPs to settle some scores, has now begun to bore the knackers off everybody with his constant drip-feeding of poisonous factoids about Boris Johnson.

“His latest claims, for example, include one to the effect that Mr Johnson didn’t care about elderly people dying of covid. Well, in view of the fact that the Prime Minister and his closest colleagues are insensitive, incompetent buffoons at best and outright sociopaths at worst, that’s hardly a revelation of Biblical proportions, is it?

“In fact, it’s bloody tedious and so is Mr Cummings, which is why we’ve downgraded him to the same status as that dull knobber down the pub who met a famous person years ago and can’t resist shoehorning the fact into every bloody conversation because it’s the only remotely unusual thing that’s ever happened to him.

“And we’re not talking an impressive celebrity encounter here, either, such as having a natter with George Harrison or Madonna or something. No, we’re talking more along the lines of holding open a public shithouse door for a losing Big Brother contestant or offering Michael Barrymore a light.”