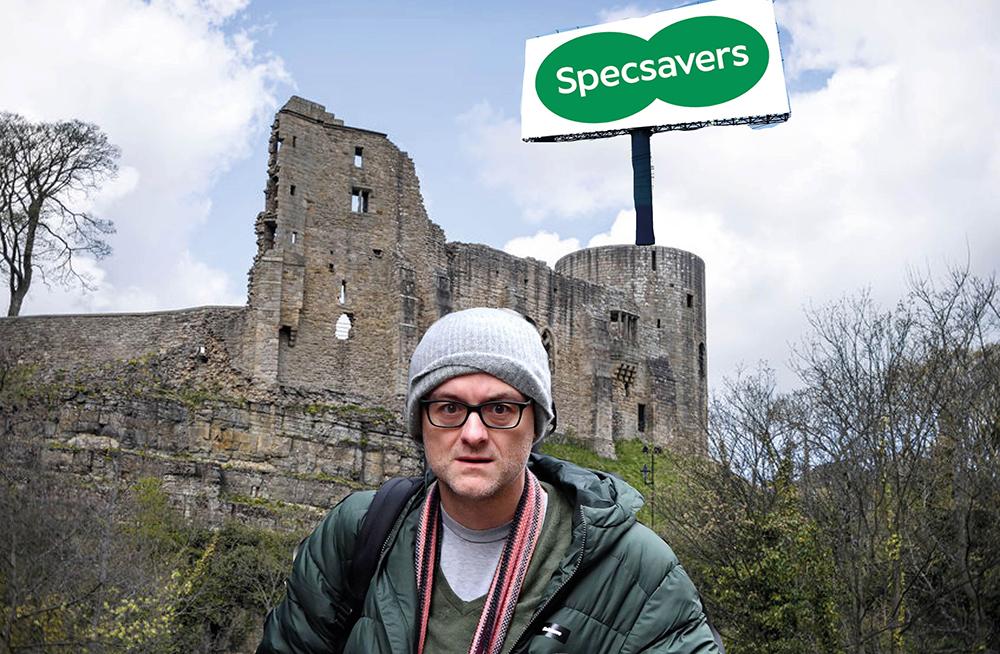 Opticians chain Specsavers is celebrating after announcing that Dominic Cummings would be leaving his Downing Street job to work at its Barnard Castle headquarters.

In shock news today, the special adviser to the Prime Minister has announced that he will be leaving the Downing Street role by Christmas.

Mr Magoo, a spokesman for Specsavers, said: “We are so pleased that Dominic has decided to head up our new headquarters at Barnard Castle.

“It was him that managed to turn the entire opticians world on its head earlier this year by letting the world know the unique properties of Barnard Castle as a means of testing your eyesight by driving there.

“Since then, optically challenged people from around the world have made the special pilgrimage and it is why we thought we should open our headquarters on that hallowed ground.”

Cummings is thought to be using his special skills learnt during the Brexit campaign to spread the Specsavers message through his side-company Barnard Analytica, which will see people not ‘remaining’ with their current opticians with the message ‘Should have gone to Specsavers or a million Turkish immigrants will show up on your doorstep’.

The company will be using analytical data mined from social media to influence people to somehow end up at the opticians by mistake.

Different strategies will include temporarily disguising the opticians branches as other retail outlets like butchers and then make them think they must have really bad eyesight to end up in Specsavers instead when all they wanted was a bit of steak for their tea.