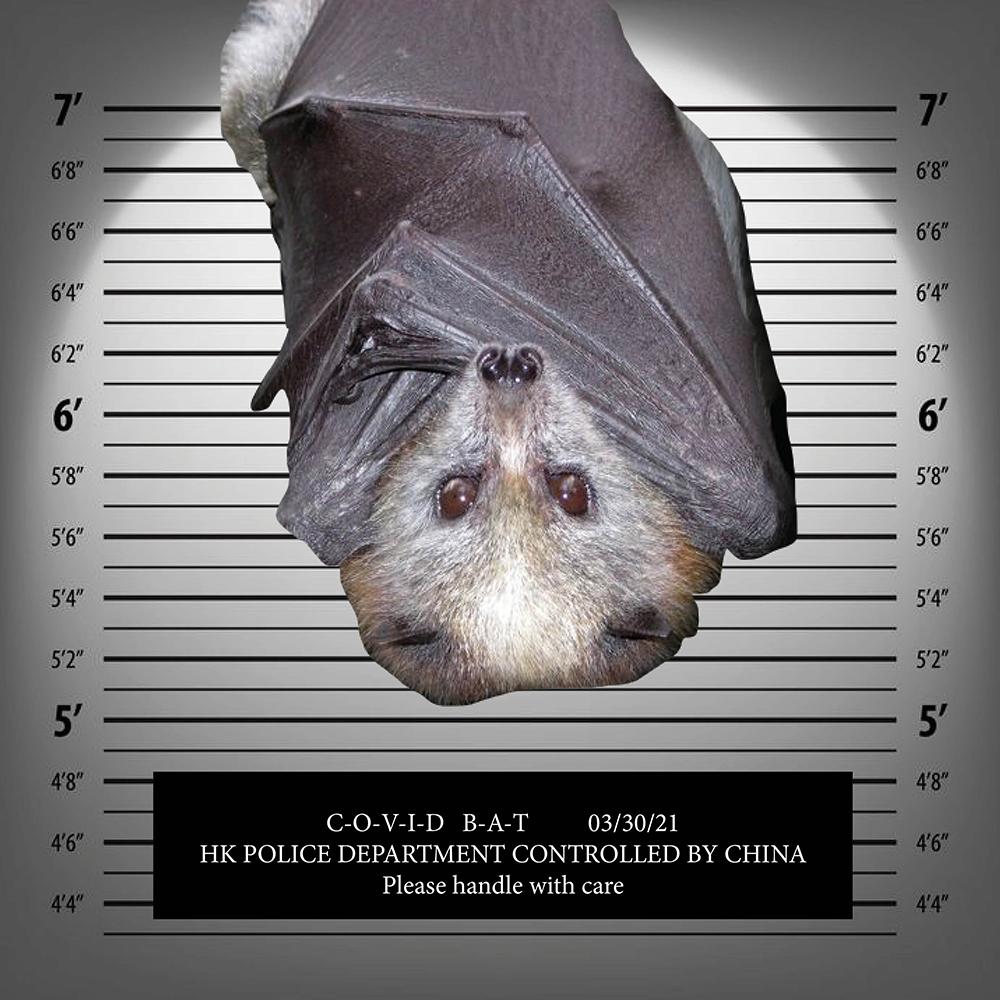 The diabolical Bat behind the world’s most devastating pandemic in over a century has finally been identified and arrested, WHO special agents confirmed yesterday.

The arrest of the long-sought-after fugitive finally took place near the wet foods market in Wuhan where the chiropteran conniver was last seen some 15 months ago, flying around the ceilings coughing and shitting everywhere without a mask on.

It was likely this very moment when the virus was passed on, some say deliberately, by the Machiavellian mammal to the human race. The creature then went into hiding and had not been seen since – despite wanted posters being plastered around China and a large bounty on the creature’s head.

However, late on Sunday night, a bat-shaped creature wearing a headscarf and oversized sunglasses was seen trying to buy scratchcards and a litre bottle of baijiu from a local corner shop, and was immediately reported to authorities. Special agents began a covert surveillance of the suspect’s property, and then late last night stormed in with several WHO-branded Sherman tanks and a precariously unstable nuclear helicopter.

After destroying several tower blocks and a nearby school, the bat was safely brought into custody. With the world watching, his trial was immediately expedited by Chinese authorities, and, thanks to the new Hong Kong ‘Patriot’ laws passed this week, Beijing is more or less able to decide what the verdict will be ahead of time, which should speed things up considerably.

The news of the deadly bat’s arrest has delighted many across the world who have lost loved ones or their livelihoods to the pandemic, and many are calling for the creature’s head - a form of barbaric bloodlust that masquerades as justice in some quarters of the world where it appeals primarily to knuckle-dragging simpletons who can only see the world in binary terms.

One such voice, the UK’s Home Secretary Priti Patel, originally called for the creature to be hung, drawn, and quartered, until it was pointed out to her this carried significant risk of increasing COVID spread. She then suggested the creature be hanged, possibly upside down, in some dank and gloomy cave to maximise the creature’s punishment.

After this, there were no further suggestions from Ms Patel.