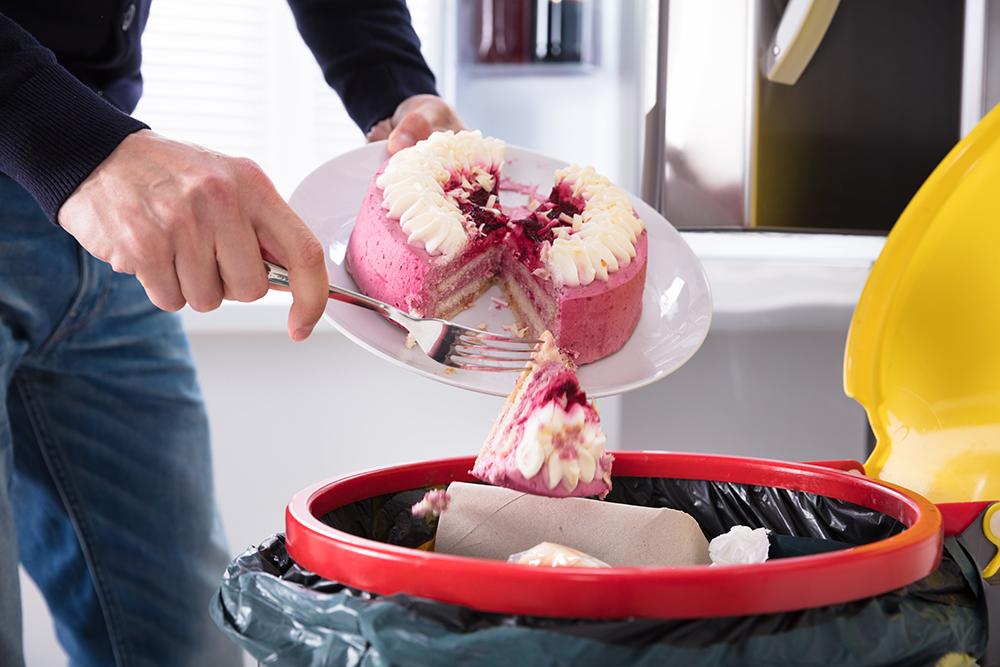 Supermarket customers throughout Britain have been deeply angered by news stories about possibly worsening shortages of goods.

Shelves have been occasionally bare of certain items recently, with media commentators citing reasons including a CO2 gas supply problem, Brexit and certain store giants still thinking they can get away with paying buttons to hard-working staff.

Although there has yet to be a single instance of staple foods or basic nourishment being unavailable, many British people are angry.

Typical is Mr David Kearney of Sussex, who spoke as he cleared yet another dozen kilos or so of rotting, uneaten food from his refrigerator and kitchen cupboards.

Mr Kearney, an IT developer, said: “Short of losing my job and suffering genuine poverty, the chances of me, my friends, my family and just about anybody I know actually going short of nourishment, let alone even going without a meal, are somewhere between that of winning the Euromillions and being killed by a block of frozen piss ejected from an airliner - but that’s not the point.

“I have the right to take advantage of every nine-for-the-price-of-one deal at every supermarket because I’m either too dozy a bastard to realise why it’s wrong or simply don’t care.

“I have the right to go to the shops in bloody September and load a trolley with Christmas landfill tat because the people in charge of the shops say there might - just might - be a shortage of tinsel, Christmas tree ornaments or novelty animatronic farting reindeer come December.”

A spokesperson for all the supermarkets said: “Our message to our loyal customers in these trying times is simple. Keep panicking and keep giving us all your money, you stupid fucking mugs.”

Tories thank M25 demonstrators for excuse to lock all protesters up