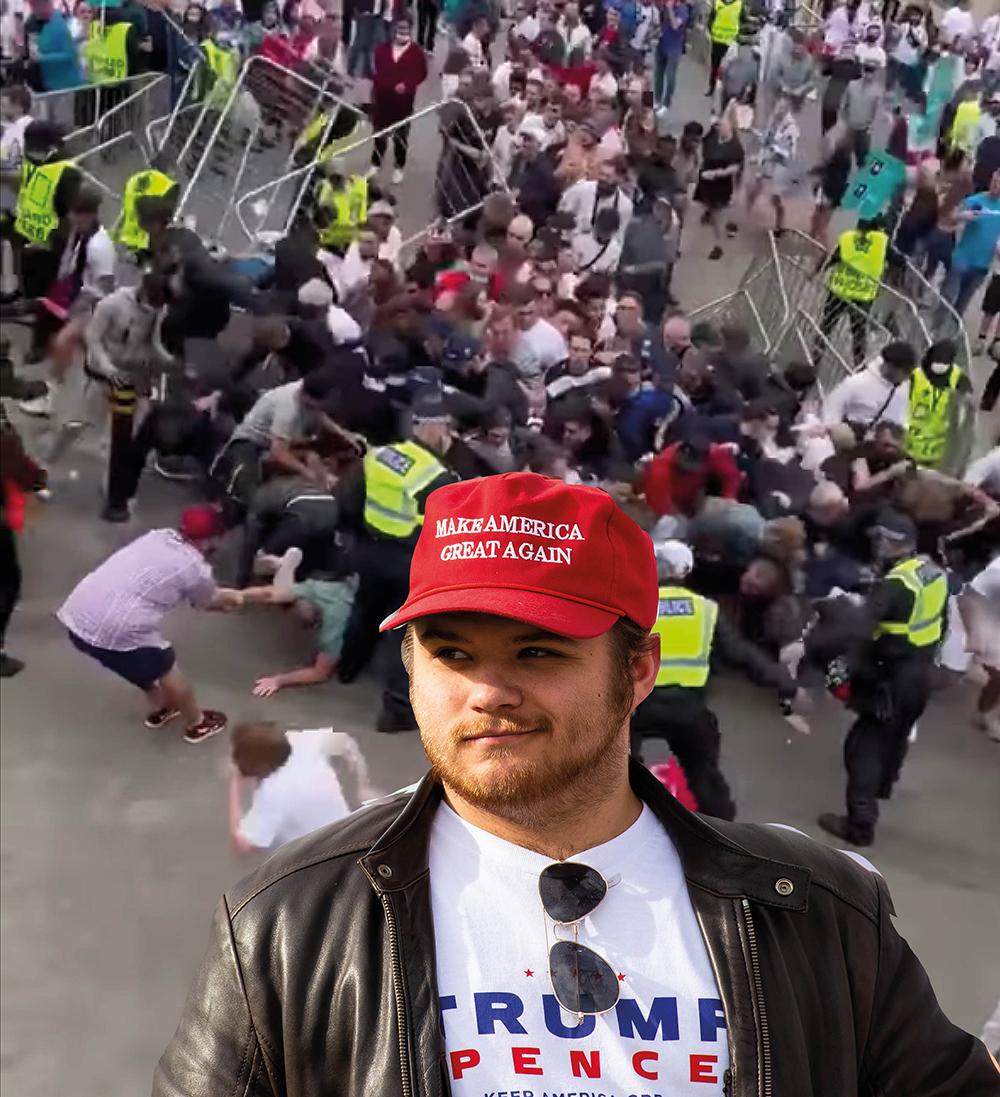 “What kind of insurrection is this?” asked Barrie Humbuggler as he lifted a traffic cone to smash through some windows at Wembley Stadium last Sunday.

The American tourist had been wandering past Wembley Stadium during the Euro finals when he spotted the crowds of thuggish people trying to storm into the grounds.

“‘Oh goodie!’ I thought at the time. This reminds me of when me and my Trump loving friends decided to storm The Capitol building in Washington to stop Joe Biden becoming President. This must be a British version of the same insurrection. So I jumped at the chance to have a go.

“You Brits are funny though, as having smashed a few random people’s faces including several children and frightened the bejeezus out of a few stewards by screaming in their faces, I ended up sitting in a seat next to a petrified family and we all just ended up watching a soccer game.

“I would have found it funny and just put it down to your weird British traditions, but it was sooo boring. Nearly as boring as baseball. They didn’t even have a half-time show starring Gloria Estefan.

“It was never-ending. And just never seemed to finish. They ended up just kicking the ball really hard at each other. Weird.”

Over the last few days, Mr Humbuggler had been eagerly watching the news in the hope of seeing that The Queen had been toppled because of the insurrection.

He said: “The Queen is still The Queen. I don’t get it. What was that insurrection about? It can’t have been about something so inconsequential as watching a boring soccer game.

“Maybe it’s all fake news and the Brits now have a new Government and monarch but they don’t like to talk about it. Or maybe the news is so fake that I don’t even exist myself and am just a figment of a writer’s imagination who is trying to make a point about the thuggish behaviour at Wembley at the same time as having a go at the stupidity of Trump supporters.