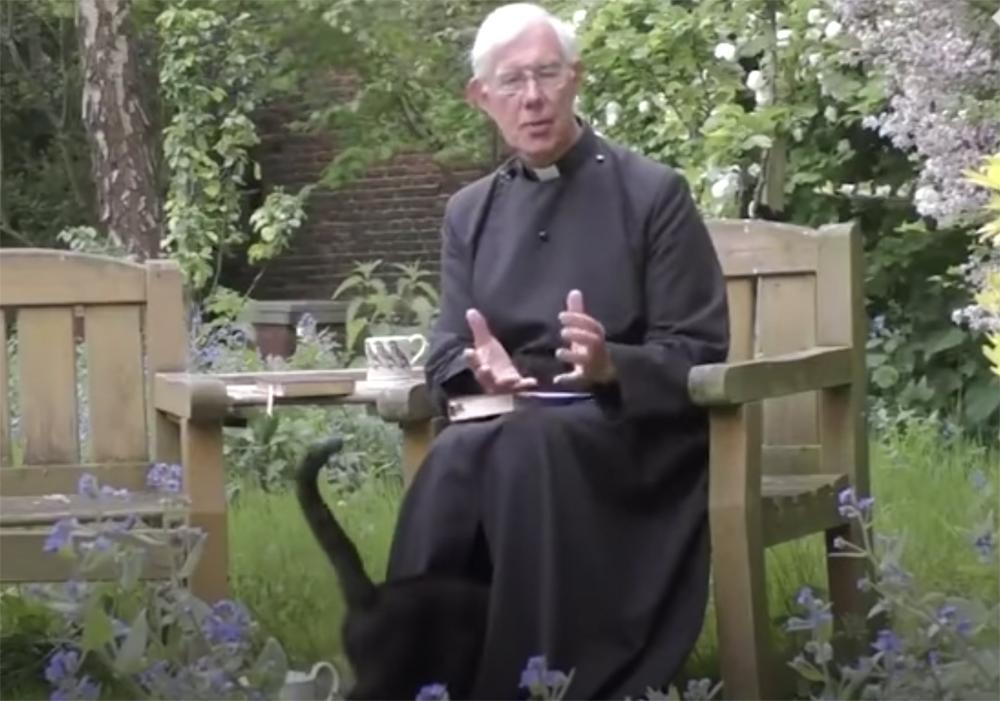 Archbishop of Canterbury Justin Welby today strongly denied that many Church of England clergy are in fact elaborate disguises operated by teams of cats.

He was responding after a viral video resurfaced, showing a cat disappearing into a cassock worn by Dean of Canterbury the Very Revd Dr Robert Willis during his morning sermon.

The Archbishop insisted that the calm demeanour of Dr Willis as the cat made its incursion was testament to his imperturbability rather than one of his operators simply clocking on for the morning shift.

He refused to comment on rumours that the library at Lambeth Palace included a design by Elizabethan court astronomer and mystic Dr John Dee for a ‘Cunning Nine-Catte Apparatus by Which Ye Sermonnes Might be Delivered and Rituals Performed in Tymes of Want.”

Nor would the Archbishop comment on recent regional newspaper stories about mysterious behaviour by men and women of the cloth throughout the country.

In Luton, for example, a wedding is alleged to have been delayed for 45 minutes while the vicar played with a ball of yarn; in Exeter a vicar paused during an online parish meeting, stuck one leg in the air and performed an act which witnesses described as absolutely horrible, and in Newcastle a canon entered a parishioner’s home through an open window, lay in front of the fire and refused to move.

The Archbishop promised to write a formal statement for the press, but what arrived an hour later was complete gibberish, as if he’d simply sat on the keyboard.