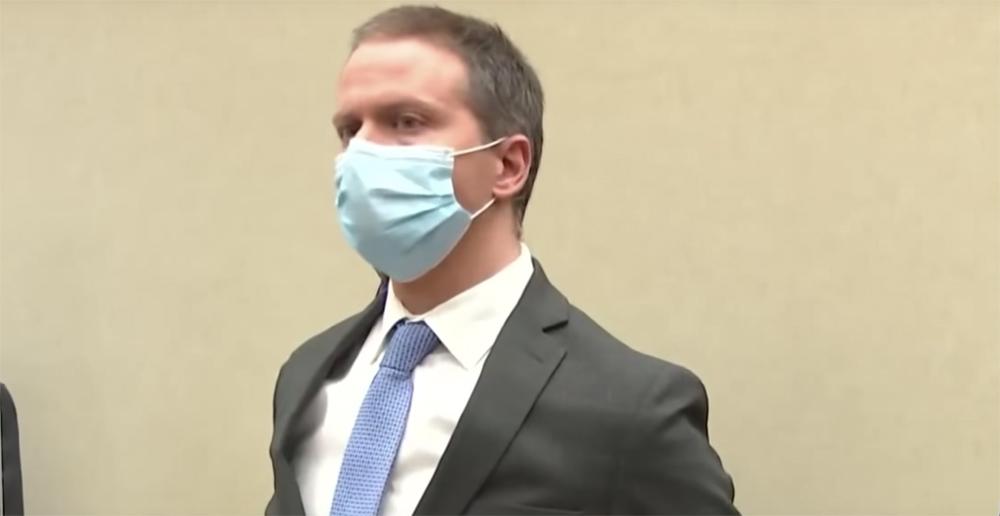 Killer American police officer Derek Chauvin is said to be inconsolable after learning that a British PC who killed a black man will serve about a quarter of the jail term Chauvin was given.

Chauvin killed African American George Floyd by kneeling on his neck, and was recently jailed for a little over 22 years.

Monk overrode the mechanism on his taser to shock Mr Atkinson for 33 seconds and then, when his victim was on the ground, twice kicked him so hard in the head that the impressions of his bootlaces were left on the man’s skin.

Monk, who could have been jailed for life, was instead jailed for eight years and told he must serve two thirds of his sentence before applying for parole. This means he will serve somewhat less than six years before being allowed to skip free from custody so long as he can convince a bunch of gullible idiots that he is sorry.

A representative of Derek Chauvin said: “Derek is heartbroken at the fact that he’s not British because it looks as though Britain is a much better place to be than the US if you’re a cop who’s killed a black person for no good reason.

“Derek’s sentence is a life-ruiner, and that’s before we take into account the federal charges still hanging over him, but PC Monk will be out in only a few years - in plenty of time to pick up the pieces of his life and be among his loved ones.

“Derek also wishes the US parole boards were like the British ones, which lend a sympathetic ear to all, no matter how horrible their crime. After all, your parole officials have just recommended freedom for that guy who raped and murdered two children in the 1980s, haven’t they?

“And a while back they freed that guy David McGreavy - the babysitter who murdered three infants and impaled the bodies on railings outside their house. No, really - look it up on Wikipedia if you don’t believe me.

“Do you think Derek could get a transfer to the UK if he put on a Cockney accent like Dick Van Dyke in Mary Poppins?”

Something Something Football, Says Everyone